Home Blog Why I’m going to be fearless this week 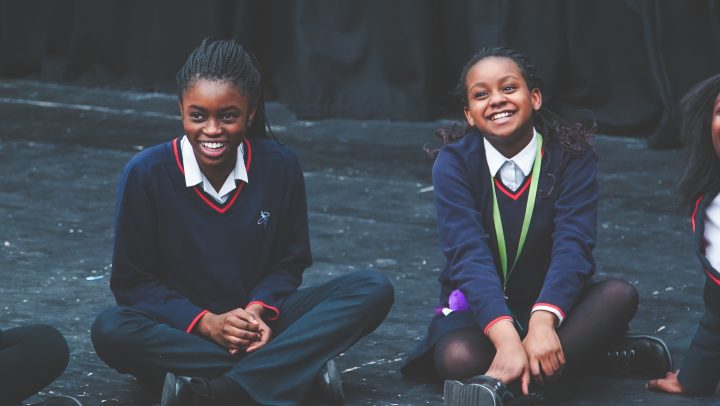 Why I’m going to be fearless this week

This week will be five years since Abram passed away and I had planned to write about our journey since establishing the Abram Wilson Foundation, what we’ve achieved during that time and what we’re hoping to achieve over the next five years. But then events took another turn and here we are, three terrorist attacks later and two days before a general election.

So I decided to write about another favourite topic of mine, how to be fearless. It seemed like the appropriate thing to do partly because this Friday 9th June I’m going to be heading up to Symphony Hall in Birmingham for the annual presentation of the Abram Wilson No Fear Awards as part of their Generation Ladywood Showcase event.  Every June I get to speak to over 1,000 primary school kids and talk to them about what no fear and being brave means. It is always one of the most inspiring and uplifting moments of my year and this Friday will be no different.

When people are scared, they lash out, they want extreme solutions to complex problems without considering the real long term impact. Ultimately that’s what makes me feel afraid. I’m afraid that scare tactics will result in the erosion of our democracy as we know it and divide us. I’m afraid that new laws will come into play which will mean that our every move will be watched and monitored, even more so than it is right now. I’m afraid of living in a society where I can’t say what I think and feel and where our internet is no longer a free place to access and share information.

I’m afraid that our NHS will be privatised and that one day I’ll find myself living in a country where only people who earn above a certain amount will be able to afford healthcare. And that the people I’m working to help and support through the Abram Wilson Foundation won’t be able to see a doctor when they need to. I’m also afraid that our education system will be privatised and that schools that are not run by big companies will be left to fail and in so doing we will fail our most vulnerable members of society. I’m afraid that my Muslim friends will come under attack due to the fact that certain factions of the media and the government have chosen to target their peaceful religion and market it in a way where people associate it with terror.

These are the things that keep me up at night. I don’t fear another terrorist attack because there’s very little you can do to predict the actions of a few unstable madmen. In this country you are as likely to be caught up in an attack as you are to get struck by lightening or run over by a bus. This is not our reality if we don’t want it to be because so often with the unpredictable and the uncertain it is simply a matter of perception; you might be a victim of a terror attack and it is this tiny little word, ‘might’ that seems to be wielding so much power at the moment and it will probably end up determining our future for the next five years and beyond.

It’s interesting to me and very poignant on a personal level that on Friday 9th June it will be exactly five years since Abram died. It will mark the beginning of another five years not just for me and the Abram Wilson Foundation, but for our country as we welcome in a newly elected government. Therefore with some experience of what five years feels like let me tell you that it is long and that a lot can happen in that time.

I know how I felt five years ago. I remember this day, 6th June, when the consultant came in and confirmed that Abram had cancer and was going to die. Three days later that’s exactly what happened. I remember how that felt, how angry and scared I was, and how I wanted to blame so many people. But I didn’t feel like that for long mainly because I chose not to. Because I chose something else instead. I chose to build something, to bring people together, to connect, to inspire, and to help people who needed my support. I took a leaf out of the late Carrie Fisher’s book, “take your broken heart and turn it into art.”

Being fearless is not easy, especially at times like these, which is why we need it now more than ever. So I want to see you be brave. I want to see you make choices based on the next five years and not how you’re feeling right now. I want you to think hard about the change you want to see in your community, your city, your country and I want you to take small but significant actions every day to make that a reality. I want you to say, “no, Fear, not today, you don’t get win today.” and then harness that fear, and that anger and that hurt and turn into something beautiful that you can share with the world.