Home Blog When sorry seems to be the hardest word 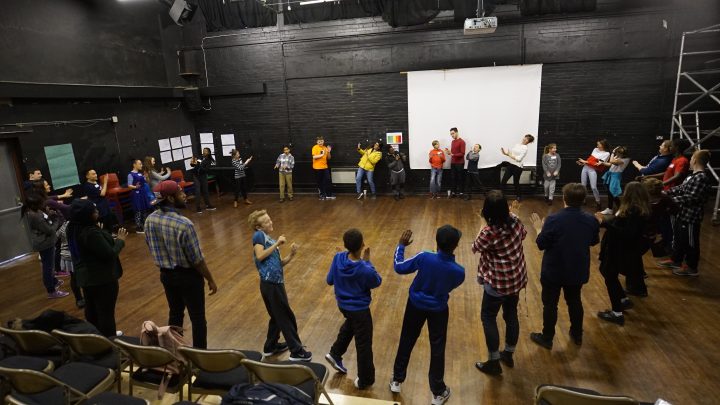 When sorry seems to be the hardest word

We have lots of really good news ready to share with you: some lovely funders have come on board this year and we’re looking forward to announcing their support and expanding Achieve Your Greatness, our arts education programme for disadvantaged young people. Our board of trustees is moving and shaking as we look ahead towards the next five years and our Trailblazers (aka our individual donors) are growing by the day.

At some point, we will get to all that, but right now it’s very hard to carry on with business as usual when some of the very groups that we are aiming to help are suffering so much right now. Since our last blog post two weeks ago we’ve had a general election which led to a hung parliament, a tower block situated in one of the richest areas in Europe housing up to 600 people went up in flames, and a man drove a van into a group of people outside a mosque in Finsbury Park leaving one dead and 11 injured. In just over a week I don’t think I’ve been alone in experiencing feelings of great optimism and excitement, extreme anger and frustration, and deep sadness at the tragic and frankly avoidable loss of human life.

It has left me asking many questions like how has our government managed to cause so much chaos in just one year? Why has a residential council block been allowed to be covered in flammable cladding? How many more buildings are covered in flammable cladding? Why were the residents of Grenfell Tower not listened to when they expressed their concerns about fire safety? Why were people, who back in 1984 expressed their concerns around major fire risks as a result of repairing tower blocks with untried and untested remedial works, not listened to? Why are people who need support subsidising their rent still being shipped out of the areas they grew up in and separated from their communities? Why have we made so many cuts to emergency services? Are we literally killing people in order to save money? Has the vitriolic attack of the Muslim community in the media and online now spread to the streets? Like I said, I have a lot of questions.

As I have sat each day, watching new footage posted on social medial of people from the Grenfell Tower community expressing their hurt, frustration, pain and anger, it has become clear that this tragedy is much bigger than anyone is really letting on. It is far reaching, systemic and hugely symbolic of a society that has been encouraged for decades by all political parties to think only of themselves.

One video I came across was of a community representative from the area of Grenfell Tower called Ishmael Blagrove angrily trying to get a young white male reporter from Sky News to understand that the media was equally to blame for this tragedy. I recognised the reporter immediately. He was the same guy who’d been at the final Labour rally at the Union Chapel in Islington on the eve of the general election. He had come over to where we were sitting and asked the man behind us if he thought Corbyn would win. I remember thinking at the time, ‘That’s not the point. It doesn’t actually matter what happens tomorrow, Corbyn has shown people that another way is possible if we want it. He’s defied everyone. He’s survived a 35 year career in politics defending what he believes in, he has stuck by his principles and his constituents, he’s been the outsider this whole time and continues to be, even now, even after overcoming two leadership contests, an absolute battering from the media and his own party, and yet somehow here he is on the eve of a general election which was called just seven weeks earlier running for prime minister.’ ‘It’s inspiring.’ I wanted to say, ‘He’s inspiring and whatever happens tomorrow, whatever you think of Jeremy Corbyn, he will go down in history as the man who changed British politics.’

And suddenly there he was again, this floppy haired, spectacle wearing reporter, just days after the Grenfell Tower fire, asking if “this was Corbyn?” listening but not really hearing what the heartbroken local resident was saying. I thought, ‘You just don’t get it do you? And you probably never will.’ When Blagrove stopped speaking all the reporter could say was, “I like you anyway.” and went to shake his hand. Even from where I was sat it felt derogatory. Blagrove shook the reporter’s hand and replied calmly, “I like you too. I like you fried, boiled, any which way I can have you.” In that moment I thought, ‘Touché my friend.’ Although the reporter insisted on not answering any questions posed to him because he wasn’t there to express opinions he could have responded another way. He could have said, ‘I’m sorry. I am sorry that your heart is broken. I am sorry that you have lost friends and family in such a horrifying way and I cannot begin to imagine what you’re going through right now. I am sorry for hurting you and I understand your pain. I am sorry that we didn’t care enough before to listen to your calls for help. I am sorry we didn’t think your lives were as important as ours. I am sorry that someone decided to save £6,000 and now hundreds of people are potentially dead as a result of that decision. I am sorry that people have lost their homes. I am sorry children have died. I am sorry children were desperately thrown out of windows and will now grow up without their mothers, or their fathers or their siblings. I am so incredibly sorry that this is the society we live in and it has come to this. I am sorry, please forgive me and I will do everything I can in my power to make it right.”

That is the only decent response any of us should have to this, or any of the tragedies we have experienced of late because we are all culpable. If you want to blame Theresa May and pretend this has nothing to do with you, good luck with that. Because that attitude is the very problem that has caused all of this, and tragedies like this will continue to happen if we don’t all start to take personal responsibility for the society that we live in. One of the most heroic things that Corbyn has done is to show us that we are stronger and better together. When we forgive each other, take personal responsibility for our actions and stand united, we win. When we are divided we lose. So when anything tragic like this happens, whether it’s a burning inferno that could have easily been avoided or a terrorist attack on a group of people outside their place of worship, apologise. Say that you’re sorry that you have helped to create a world where this is possible, then make sure that you do everything you can to make sure it doesn’t happen again. And the only way any of us can even begin to start to do that is by coming together. Unity is our strongest weapon and it’s time we use it.

We’ll be back soon with more news from AWF HQ as we keep on with our mission to help disadvantaged young people become the greatest version of themselves through music. Don’t forget to follow us on Twitter and Facebook for all the latest updates. And if you’re interested in getting more involved then head over to our Trailblazer page to find out more.