Home Blog Trouble On The Homefront – In Memory of Abram Wilson 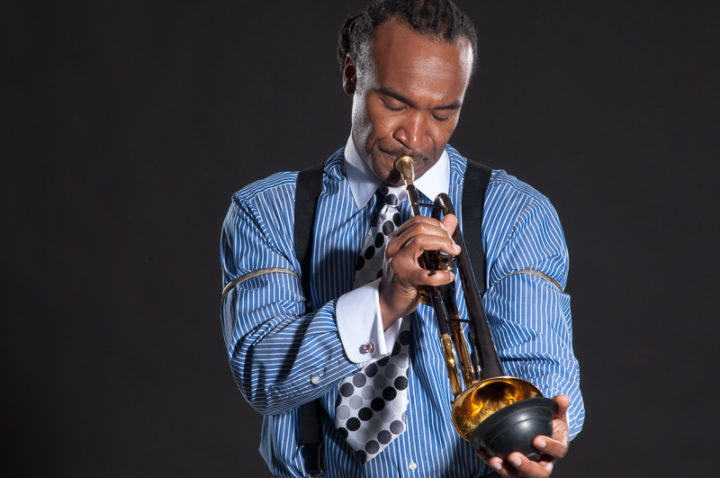 Trouble On The Homefront – In Memory of Abram Wilson

Today is eight years since Abram passed away and it’s also almost eight years since Barack Obama was re-elected president for a second term. I keep thinking about how things might be different if his first bid for presidency had been pushed back four years. If he was president now as opposed to four years ago. I, like many, am longing for some decisive leadership, but more than that, some human leadership. I’m happy to admit that I am jealous of New Zealand and Germany and Scotland with their measured and reassuring leaders and I feel hugely embarrassed and often dismayed at the lack of leadership here in England and in the U.S.

I’ve always had an interest in American history and politics. I studied it at university for a year and meeting Abram meant that I became more invested in it than your average person. I’ve read various books and watched documentaries on race relations in the U.S including ‘The New Jim Crow’ by Michelle Alexander and ’The House I l Live In’ directed by Eugene Jarecki. I did this in part because Abram was African American and I wanted to understand more about what he went through growing up in New Orleans, which has often been described as one of the most violent cities in America. Yet it was here in this country when we were living together in South London that he was questioned by the police while standing outside our apartment building taking a break from practicing. I remember him reappearing out of nowhere and laying down on the bed next to me. He was quiet for a minute before telling me what had happened. “I felt like I was back in New Orleans.” he whispered. He was scared.

Three months later Mark Duggan was shot dead by police and the Tottenham riots swiftly followed spreading across London and to other UK cities including Birmingham, Bristol, Liverpool and Manchester. Just a year later, Abram was taking his usual early morning stroll to clear his head when a police van took him by surprise. It came screeching around the corner out of nowhere, braked right in front of him and before he knew it six officers had surrounded him. They threw him up against a wall and handcuffed him. He was then thrown into the back of the van, taken to Brixton police station and was held incommunicado for several hours before I was finally able to receive confirmation that he was there. His crime? A black man in the wrong place at the wrong time.  It was a traumatic day and at the time he was unsure of whether he would get out. He’d mentioned in passing that he knew people who had gone to jail and at the time I didn’t know the statistics or understand how the criminal justice system worked in the U.S. What I now know is that if you are a black man living in the United States of America your chances of being incarcerated are extremely high. Black men comprise of 13% of the population yet they make up about 35% of those incarcerated. In the UK it’s not much better. According to the Prison Reform Trust ‘Black men are 26% more likely than white men to be remanded in custody. They are also nearly 60% more likely to plead not guilty.’

In the end Abram was released without charge thanks to my uncle who is a criminal solicitor and was able to tell me what to do. A young black male lawyer was sent to represent Abram, who pointed out to the police that the only commonality between their descriptions of the culprit was that he was black and male. They had nothing and yet Abram had been held in a cell for over 12 hours for having the audacity to take a walk a few metres from where we lived. I often wonder what we’d have done without my uncle. I didn’t know the law well enough. I didn’t know Abram’s rights and we were just very lucky we had someone I could call who did. When they arrested him he didn’t have anything on him other than his keys so when they finally let him go I offered to come down and pick him up. He didn’t want to wait, he just wanted to get the hell out of there so he walked all the way home. By this time it was 9pm and it felt like the longest day of our lives.

The whole experience was deeply distressing for Abram. It affected his mental health and for weeks afterwards he would flinch at the sound of police sirens. He didn’t want to go running anymore and preferred to stay inside as much as possible. He also didn’t want to tell anyone. In fact, this is the first time I’ve openly written about his experience. Even though he’d done nothing wrong, there was a feeling of shame attached to what had happened and that is what ultimately kept him quiet. Soon afterwards he began complaining of stomach pains. My assumption was that he was having a physical reaction to the stress he’d endured from being wrongfully arrested. He went to the GP and they also put the pain down to stress. Weeks passed and the pain didn’t go away, instead it got worse.

We were entering an extremely busy period with 20 gigs ahead of us to mark Abram’s 10 year anniversary in the U.K. I asked him if he wanted to cancel but he insisted on pushing through; he loved nothing more than to play and this tour was the beginning of a new phase in his career. So we kept going. It was tough on all of us, on him mostly, but also on me and his band. He moved slowly, slept as much as possible in between travelling, soundchecks and gigs. It was hard going. Of course, we now know that the pain he was experiencing wasn’t stress related, it was cancer and he was dying. I’m still angry that his experience with the police distracted us from what was really happening. But I try and take solace in the fact that in the end Abram did exactly what he wanted to do, which was to play his trumpet until he physically couldn’t play it anymore. His last gig was two weeks before he died.

This happened eight years ago and I’m sharing his story because it’s still happening. 1,000 people are killed by police in the U.S every year and if you are black you are three times more likely to be killed by police. This sobering statistic means that since George Floyd’s murder around 40 other people have been killed at the time of writing. I’m sharing his story because in my experience the more we share our stories the stronger we are. By sharing Abram’s story it might make someone feel less alone. By sharing Abram’s story it might make someone think twice before they criticise protestors. By sharing Abram’s story it might encourage someone to read up a bit more about racism and open their eyes to how entrenched it is in every section of our society. People are angry, people are tired and people rightly want change.

I recently finished reading Michelle Obama’s autobiography ‘Becoming’ and she reminded me that change takes time, patience and consistency but it does come. Maybe not in our lifetime, but eventually the seeds we plant today will blossom. She also reminded me of how Barack Obama began his career, at grassroots level, mobilising communities to vote. I think one of their biggest heart breaks after he got into office was that people didn’t turn out for the mid-terms and so there was a stalemate in Congress and many of the changes they wanted to make were deliberately held back by partisan politics. Barack Obama has written a carefully considered and helpful article reminding the American people of the importance of voting, not just for the presidential election but at state and local levels, which I think could be applied here too. In a recent interview he said, “usually when I’m overwhelmed, discouraged, angry, depressed, what has lifted me up is when I don’t feel alone and I can connect what is going on with me with what is going on with us.” At times like these it is important to cut out the noise and come together. It is and has always been the only way we can move forwards.

About a year before Abram died he wrote a suite inspired by the life of a mixed race classical composer and pianist called Philippa Schuyler. One of the songs was called ‘Trouble On The Homefront’ and in my mind it is the perfect piece of music to share with you during this time and on this day.

To listen to ‘Trouble On The Homefront’ click HERE.

In memory of Abram, may you rest in peace.