Home Blog ‘There is power in knowledge’: meet Sheila Maurice-Grey 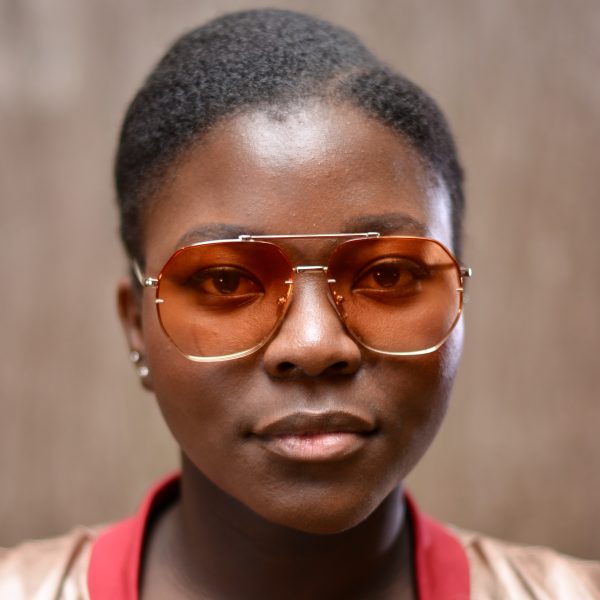 ‘There is power in knowledge’: meet Sheila Maurice-Grey

BlogJan 22 2019Comments Off on ‘There is power in knowledge’: meet Sheila Maurice-Grey

Hot off the back of celebrations for ‘Abusey Junction’ winning ‘Track of the Year, 2018’ at Gilles Peterson’s Worldwide FM awards last week, I caught up with KOKOROKO band leader and trumpet-player Sheila Maurice-Grey.  Sheila’s one of the super-talented musicians selected for our career development programme, plus a dedicated schools workshop leader and accomplished visual artist.

Jennie: At the end of last year you led our ‘Future Sound’ music education project – what were its highlights and what did you learn from it?

Sheila: I feel like there were so many highlights to be honest! The first was performing the pieces that we’ve written and seeing how the students professionally handled our tunes. Then hearing them all enthusiastically compose their own tunes, when most of them hadn’t done that before.  Plus seeing them all have a go at improvising – this is so difficult to do especially for young people, as it’s so exposing for them. Finally, during one of the sessions a few of us started playing some jazz and one of the participants came up to us and asked what we were playing, as she thought it sounded cool. It was ‘Body and Soul’ and Yohan [Kebede, keys] recommended she checked out a particular version.  She came back the next week and had learned it. We went through it again afterwards and told her we would support her to perform it in the show, and she did!

I’ve been into schools with many workshops but this is one of the best I’ve ever done. The main reason was that we came as ourselves.  We were not saying ‘I’m the teacher, you’ve got to learn’, it was more relaxed and sharing vibes. We’d been in similar situations and had similar experiences to the students, so it was very relatable and humbling.

Jennie:  Future Sound culminated in an awesome performance by KOKOROKO and the young people from Mossbourne at Church of Sound.  The band is back there later this week for a sold out gig, what can we expect?

Sheila: We’ll be exploring our sounds and the sounds of Ebo Taylor [the influential Ghanaian guitarist, composer and afrobeat and highlife musician]. We’ll be playing our music, and his music as it’s so important to the history of the West African musical scene. It’s going to be a great one!

Jennie: We were delighted to formalise our AWF Career Development Programme in 2018, with you as one of the four artists we’re supporting with career strategy, mentoring and showcase opportunities. What does this mean to you? And what are your aims for this year?

Sheila: That’s a hard question! I don’t think I’ve ever had the opportunity before for this support to help me make plans for what I want to achieve. It sounds so simple, but it makes such a big difference having the opportunity to voice my aims.  It makes you accountable for what you say, which is amazing and even if you haven’t achieved something yet it makes you more aware of certain possibilities.

This year I’d like to focus on my Ms MAURICE project as well as looking forward to doing a lot with KOKOROKO. My aim is also to expand my knowledge.  So I’ll be disciplined in finding some time to do more research, both musically and in my art. There is power in knowledge!

Jennie: KOKOROKO’s new track ‘Uman’ has just been released and your debut EP’s dropping in March, so 2019’s going to be a MASSIVE one! What are you most excited about for this year?

Jennie: Amidst all this brilliant work craziness, how do you chill out?! Any top tracks you listen to?

Sheila: I listen to everything to be honest! I try to have two days a week with nothing in my diary, when I can stay at home, listen to music and practice. I’ve been listening to Patrice Rushen a lot at the moment. I think she’s an important musician, inside and outside of jazz, as a writer, pianist and vocalist.