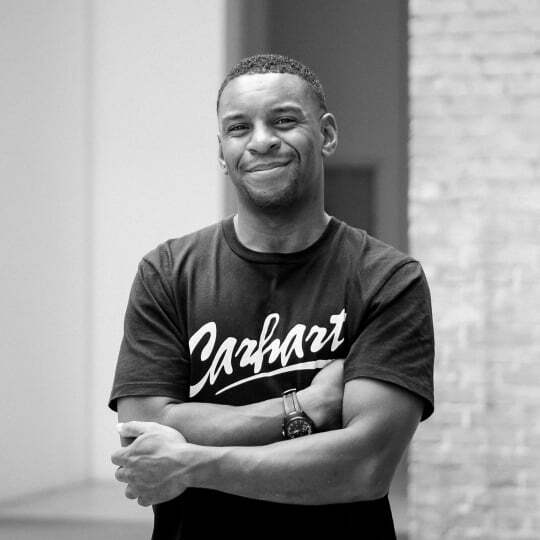 As our latest Achieve Your Greatness programme gets moving with two new primary schools in Birmingham this month, I stole a few moments with our newest workshop leader pianist and composer David Austin Grey …

Jennie: This is your first AYG workshop, though you’ve worked extensively in education in the past. What are you expecting, and what are you looking forward to most about it?

David: I’m going in with an open mind. I’m really looking forward to working with the young people, as well as the other workshop leaders. We’re all very different, in terms of character and approach, but I think that each leader will really be able to inspire the young people and bring the most out of them. I’m expecting that the sessions will be very high-energy and the day will be quite intense yet fulfilling.

Jennie: What made you want to work with the Abram Wilson Foundation?

David: I’ve always had a strong interest and involvement in youth music and music education. I’d been aware of AWF for quite a while, but once I did a bit more research about your mission statement and the things that you’d already achieved, it felt like it would be a good fit. I felt as though there would be something I’d be able to offer to the Foundation, and that in turn I’d be able to develop my own skills with regard to working with young people.

Jennie: What got you into music and how did your education and career develop?

David: I’d always been interested in music from a very young age. I started playing the piano around five years old. Initially my parents bought me a small keyboard, expecting that I’d probably get bored with it. Obviously that wasn’t the case!

There was also music in the house. I used to make a habit of taking CDs from my dad’s record collection. Just pulling stuff off the shelves, whatever looked interesting, and then taking it up to my room to listen. Everything from Miles Davis, Wynton, Coltrane, Weather Report through to Bob Marley, Burning Spear, roots reggae, Marvin Gaye, BB King, Hendrix. I used to take out the CD inserts and check out the liner notes. Miles led to Herbie, Wynton lead to Branford and Kenny Kirkland, Bob Marley lead to Peter Tosh …

I played a bit of jazz at school and I was in the choir, not by choice. But I wanted to have trumpet lessons and the rule was if you played an instrument, you had to be in the choir. I joined the jazz band, but at the same time I was really into classical music too.

I went on to study music at The University of Birmingham and later Birmingham Conservatoire. The latter was where I really started to understand ways of approaching jazz. I met a load of other musicians who all wanted to play and make music. I remember my first one-to-one lesson with the great Mike Williams. I was completely lost about 10 minutes in. I realised there was really a *lot* that I didn’t know! I formed a band, I wrote a lot of music and toured it. It was a really significant and formative time in my music development I think.

Jennie: There are some amazing artists that’ve come out of Birmingham, tell us about the city’s current music scene?

David: It’s so vibrant! There really are a great number of incredible musicians here. There’s obviously a great number of musicians coming through the conservatoire but equally there’s fantastic self-taught musicians and wonderful youth and education programs happening here too.

It’s a scene that I’m proud to be a part of. There’s been so many things to shout about recently, including the success of BBC Young Jazz Musician of the year Xhosa Cole, and finalist James Owston. There’s also more established artists that have important connections to the city: Laura Mvula, Soweto Kinch, Black Voices, Reuben James, UB40 and The Streets to name just a few.

The musical heritage and lineage here feels very strong. There’s so much live music happening too, there really is a lot to soak up!

Jennie: As a pianist and composer you’ve worked on a wide variety of projects and with some of the most respected musicians across genres. Can you pick a couple of moments that were especially inspiring for you?

David: A few of the standout ones would have to be: touring last year with the mighty Courtney Pine. It was an honour to be asked to join him, and such an incredible experience to be able to share the stage and play his music. Not only did I learn a lot, but also it was great to listen to his stories and talk about our favourite musicians.

Also, working with Birmingham Royal Ballet, choreographer Kit Holder and my own band Hansu-Tori on a multi-discipline performance piece. I created a music, dance and illustration show called ‘Wolves Are People Too’. We performed three nights at the Birmingham Hippodrome and then went on to perform at Cheltenham Jazz Festival last year. It really was a joy to be able to combine my own contemporary jazz music with live ballet from one of the best dance companies in the world.

Plus, working with Grammy winners Snarky Puppy at Band on The Wall in Manchester. I was lucky enough to be asked to join a residency there, run by Brighter Sound. I spent a week with 10 other musicians (many of whom have gone on to become some of my closest personal friends) writing and arranging original music alongside Michael League, Robert ‘Sput’ Searight and Bill Laurence. The depth of experience and knowledge that the band had to offer was incredible and greatly received. They’re the nicest guys too!

Finally, opening up for Marcus Miller on the final date of his European tour. I remember listening to a handful of Marcus Miller CDs growing up (my dad is a big fan). There was a version of ‘Goodbye Porkpie Hat’ on one of his records, with Herbie on keys. I used to listen to that over and over. I never thought that somewhere down the line, I’d be supporting him, playing to a full house on one of his tour dates.

Jennie: Awesome! And what’s coming up for you through 2019?

David: It’s another busy year for me. I’m currently in the middle of undertaking a hugely ambitious project where I’m writing for an extended version of my own band Hansu-Tori. I’m developing an audio-visual piece inspired by bird migration, which also aims to draw attention to the issues of climate change and plastic usage. There’s a number of partners involved in the project including Sound and Music, THSH Jazzlines, Arts Council England, British Council and Snape Maltings. That’s definitely the one thing that’s going to take up the majority of my time this year.

I have a handful of exciting concerts coming up with Black Voices. We’re playing the Jazz Café in Camden on Thursday the 14th Feb. We also have Lichfield Festival and a date in St Andrews booked in for later in the year.

I’m also looking forward to working with a number of other artists over the next few months including the fantastic Xhosa Cole, vocalist Georgie Wells, and MOBO/Help Musicians-supported artist Freya Roy.

Jennie: And the last thing, what are the three tunes you’re listening to right now that I should get on my playlist?

David: ‘Saturn’ by NAO (feat. Kwabs); ‘I Shall Be Released’ by Nina Simone and ‘Don’t Miss It’ by James Blake.

To support our arts education programme led by fantastic artists like David, why not join our family of Trailblazers?