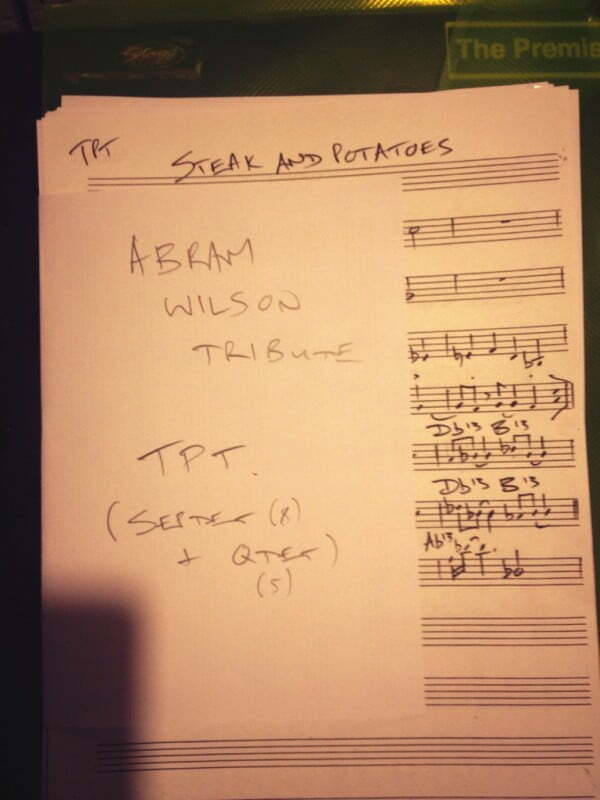 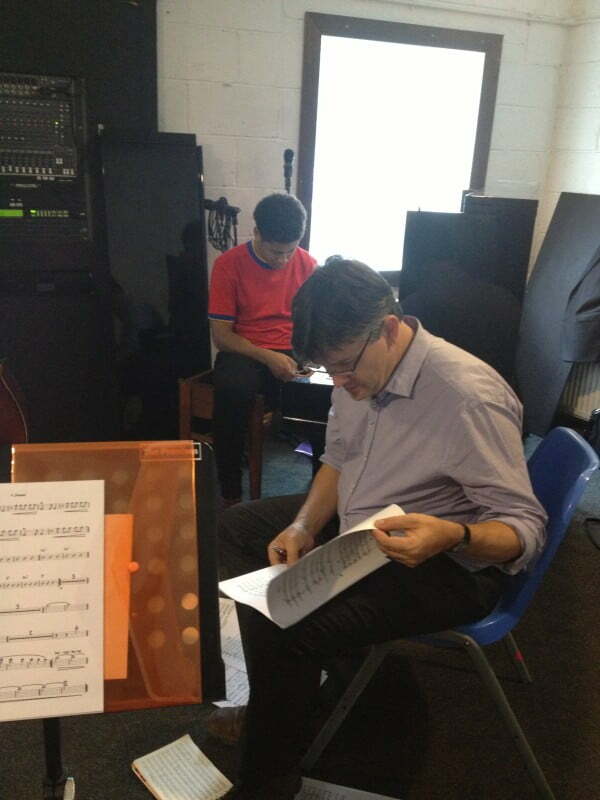 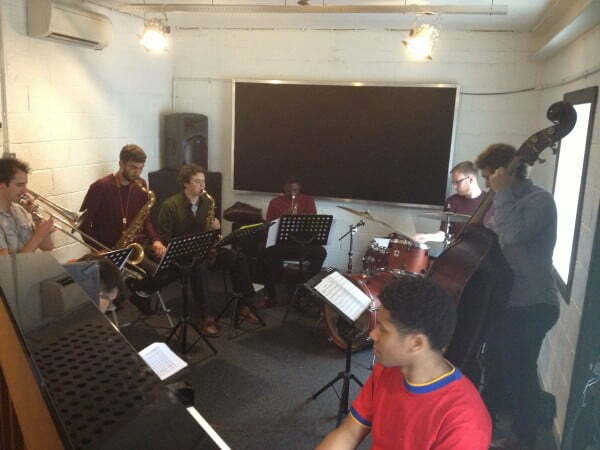 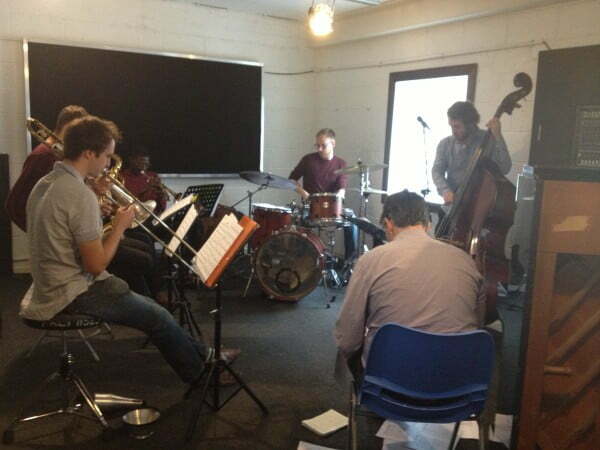 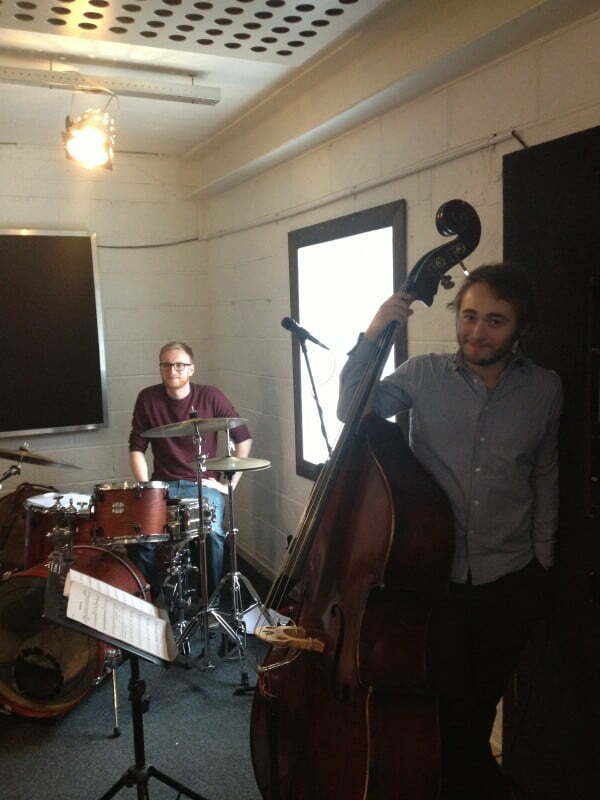 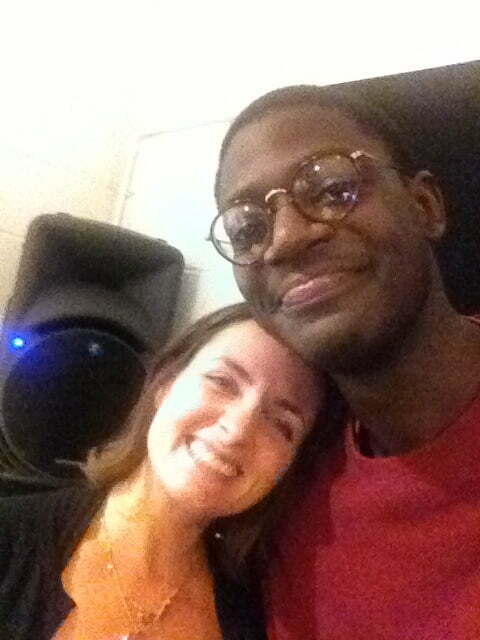 Last week we had our first rehearsal for the Tribute to Abram Wilson gig (20th November, London Jazz Festival) at Premises Studios.  Premises have been incredibly supportive over the last few months and this is probably a good moment to thank Viv Broughton and his wonderful team for being generally awesome and lovely – thank you guys!

The rehearsal went really well, we had a few deps step in from the various London conservatoire schools to play the parts of the more senior members of the band/American musicians who will be joining us on 18th November for our first proper run through (which suddenly seems very soon!).  It was a chance for musical director, Pete Churchill check the parts before sending everything out to the band.

I didn’t know what to expect before I arrived, life has been very busy with one thing and another so I didn’t give myself much of an opportunity to think about it beforehand.  Perhaps I should have.  Music is a powerful thing, a few simple notes can transport you back in time almost instantly.

Before I knew it, the band were playing and tunes that I had watched Abram compose, practice, sing out loud, rehearse, soundcheck and of course, perform were alive and well.  It was like he was in the room.  And yet, the music has evolved, it maintains Abram’s spirit and his voice, but extra parts have been added to some of the quartet pieces to accommodate the additional musicians, there is a new bass player, and of course someone else will be playing trumpet.

I hadn’t listened to many of the tunes properly for a good year, not since Abram died.  It made me realise how well I knew his sound and I thought ‘man, you could really blow that horn’.  For a moment, I wondered if I had ever fully appreciated just how much beauty there was in his playing, but then I remembered those times when he would play just for me.  He’d bring his trumpet right up close to me, his soul wrapping itself around my heart and whispering in my ear,  gently telling me its secrets.  I’d be so moved, tears would start trickling down my face and then he’d smile and and tease me for crying.

That day in the rehearsal room I could hear echoes of another life and I missed Abram, deeply and profoundly.  But I was also overwhelmed with happiness that he lives on through his music, through me, and through all those who were touched by him.  Our lives move on, but the stories of those we love move with us.

When Abram knew he was onto a good thing, he’d say excitedly, ‘Jennie, this gig is going to be killing, I can feel it’.  I’d always be too worried about what might go wrong to be able to join him in his seemingly eternal optimism.  But things have changed, and as each day passes he becomes more a part of me than ever before.

I now know what he was feeling because I feel it too.  On the 20th November at 7:45pm in the Purcell Room of the Queen Elizabeth Hall, Southbank Centre a group of us are going to bring Abram’s music to life…and it’s going to be killing.

P.S. You can book your tickets HERE.