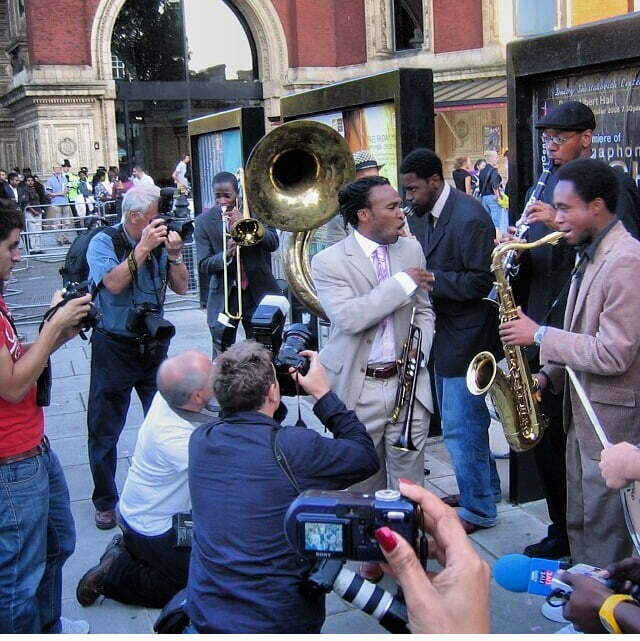 THE MOBO AWARDS AND JAZZ

BlogOct 23 2014Comments Off on THE MOBO AWARDS AND JAZZ

Last night was the MOBO awards (Music of Black Origin). The talented and soulful Zara McFarlane won for best jazz act, a vocalist signed to Gilles Peterson’s label Brownswood Recordings. Prior to joining Brownswood she had worked with Abram on numerous occasions; he had mentored her and they had played together many times. Her band members, Binker Golding (tenor sax), Peter Edwards (piano) and Moses Boyd (drums) were also mentored by Abram and played with him during the very early days of their professional careers as musicians. In particular, pianist Peter Edwards played in Abram’s quartet on what would be his final album, Life Paintings and was also nominated for a MOBO in the jazz category this year.

In 2006 the MOBOs made the decision to remove the jazz category. They said that due to the ceremony being televised it was a logistical decision. I guess being an African-American, and coming from New Orleans Abram was quite rightly a bit incensed that the Music of Black Origin awards had decided to remove a category that had had such a profound impact on popular music.

In true Abram form he decided to stage a musical protest right outside the Royal Albert Hall during the awards ceremony with colleagues including saxophonists Soweto Kinch, Shabaka Hutchings and Zem Audu, and trombonist Ashely Howard (pictured). He teamed up with Jazz Services and together they achieved widespread press coverage leading to singer and 2006 winner, Corinne Bailey Rae publicly stating, “The assumption that all black music has to be urban is a really ignorant way of thinking about black music. Black people and black music have affected all popular music of the 20th century, from jazz to soul to hip hop to reggae to pop.”

The following year it was reinstated and has stayed put ever since. In 2007 Soweto Kinch won the best jazz act. Three years later a group of young musicians called Empirical (who Abram also mentored) won and in 2013 Sons of Kemet led by Shabaka Hutchings picked up the jazz gong. This year it was the beautiful Zara McFarlane. Eight years on the decision to make some noise and stand up for the music he loved is still having an impact, helping to the build the profiles of numerous jazz musicians to whom Abram gave his time, energy and most importantly his passion.