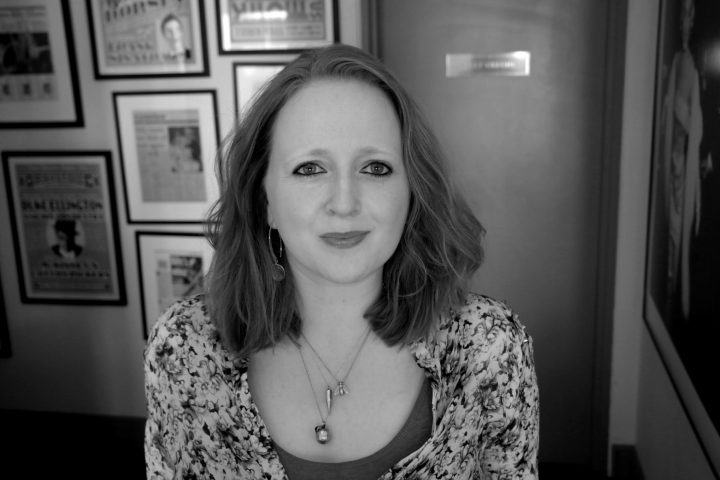 AWF: Why don’t you start by telling us a little bit about yourself and your involvement in the Abram Wilson Foundation (AWF)?

AS: I met Jennie [Cashman-Wilson, founder and CEO of the Abram Wilson Foundation] through my work with Act IV (an organization which supports the arts through fundraising and events), while Jennie was working for the National Centre for Circus Arts. We became friends and stayed in touch, so I’ve known about the Foundation since it was first set up, and then about a year and a half ago Jennie asked me to join a newly formed committee to focus on fundraising, events and marketing. Of course I said yes – I love AWF’s ambition to bring the creative arts direct to young people, and its lifelong learning model to nurture and grow artists, so I was really excited to get involved.

AWF: Tell us more about your role as a volunteer for AWF, and as an Abram Wilson Foundation Trailblazer.

AS: The marketing and events committee of which I’m a member, along with other senior young professionals specialising in arts marketing and fundraising meet once a month to talk about best practice in our respective fields, and what knowledge and experience we can each bring to Jennie and the AWF. It’s a great platform, and very helpful for such a small charity trying to achieve so much.

Our current focus is how we can engage more individuals in AWF’s work through the events and artists that we promote. We’re still a young Foundation and it’s really important that we host events that showcase the scope of our work, and the incredibly talented young people and artists that we support.

I wouldn’t describe myself as a ‘jazzhead’, but every time I go to an AWF gig – for example, the monthly Hospital Club gigs with Kansas Smitty’s for AWF Trailblazers – I’m blown away by the talent. I get the opportunity to experience music I never would have heard and never had access to before, and I want to extend that experience to as many people as possible through our annual programme.

AWF has so much to offer its supporters – gigs from talented performers like Kansas Smitty’s; curated access to jazz events around London and beyond; and the opportunity to witness first-hand the output of the Foundation’s work with invitations to shows supporting their young artists. Being a Trailblazer is being part of a growing jazz family, which is something very special.

AWF: Can you say a little more about the fifth anniversary celebrations?

AS: We are so excited to be pulling together our ideas for the 5th anniversary celebration – we’ve got a really terrific Anniversary Committee who are all so enthusiastic about what we can achieve together for AWF.  I think the 4th anniversary concert held earlier this year was such fantastic gig, with some extraordinary artists. I felt it really represented all the amazing work Jennie and AWF have achieved in a very short space of time. It was our first ticketed event (a sell out!), and the overall response was hugely positive. Next year we want to build on its success and hold an even bigger celebration for the Abram Wilson Foundation’s 5th anniversary.

One of my favourite memories of the anniversary gig this year was when we had young and upcoming performers – some of whom had been mentored by Abram – performing original music written by Abram for the Philippa Project (a jazz-theatrical collaboration, inspired by the extraordinary life story of Philippa Duke Schuyler.) It was such a great representation of the Foundation’s work. To hear this completely new jazz was so inspiring, and the talent behind it – Abram’s music and young musicians playing their hearts out – I remember thinking to myself, “where else would you get that?”

And this really is what we are trying to capture each time we host another AWF event, and especially at the 5th anniversary – those moments where you think where else would I see this level of newness, of greatness, of experimentation? If we can capture that, which Jennie does so often, then I think we’ll have delivered a really exciting experience for our audience. I want people to come to the AWF 5th anniversary, I want them to feel joy and admiration for the work of the Foundation, and for them to walk away feeling like a contributing part of this beautiful jazz family that Jennie is creating in Abram’s name. What could be better than that?

Anna is also part of our Five Year Anniversary Committee. You can find out more about next year’s celebrations here – keep an eye out for more news to come!