Home Blog Should innovation in education come from music? 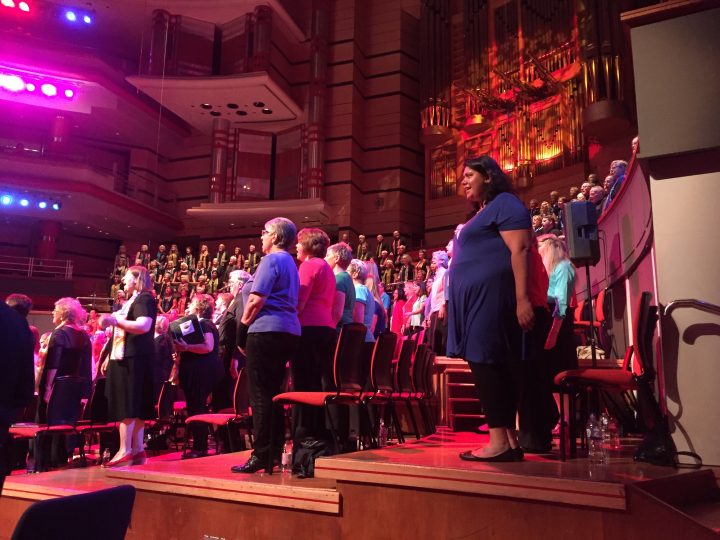 Should innovation in education come from music?

BlogJul 11 2017Comments Off on Should innovation in education come from music?

I spent the weekend being surrounded by social innovators and singers and it got me thinking about the things that they had in common. On Saturday I hung out with the innovators where there was a lot of chat about the current issues in education. I learned that the number of people attending university has gone up by 400% since the 90s. Although this is excellent news for a plethora of reasons it’s also a real bummer for the many isolated communities who have spawned these clever little student sprogs. Why? Because we have more bright, young people heading off to big cities like Manchester, Newcastle and London to find their fortune, leaving behind their local communities. This has inadvertently caused a brain drain on more isolated areas, which in turn has had a direct impact on how we vote. On the whole, people who went to university voted Remain and people who didn’t voted Leave. Labour voters are now less likely to be working class and instead have a university degree, whereas it’s the opposite for the Conservatives. Thanks to the rise of university students, our two main political parties seem to have done a massive swap when it comes to their core voters.

The increase in university students also helps to explain why out of the top ten richest and poorest areas in Northern Europe, the richest area is unsurprisingly inner London, while nine out of the ten poorest areas are in the U.K. I also learned that 25% of all UK prime ministers went to Eaton. Is your mind blown yet? Because thanks to Sam Freedman from Teach First mine definitely is. If Grenfell wasn’t enough of a wake up call then surely these stats clearly indicate that the UK has a huge problem when it comes to the divide between the rich and poor.

However, there are definitely some very impressive glimmers of hope. Throughout the course of the day I came across some really inspiring organisations helping to tackle the gap between the educated and the uneducated: the renowned Brilliant Club, which offers a university mentoring programme to schools for their high performing students from disadvantaged backgrounds; Reclaim, which was set up by the awesome Ruth Ibegbuna to create young leaders from working class communities; and the Grub Club which is all about getting young people to eat more healthily while bonding with their parents. I learned about the fact that if you truly want to make a difference with your work then you need to be prepared to get to the heart of what’s causing the problem, change the system and share your findings generously like our good friend and Trailblazer, Lily Lapenna-Huda MBE who founded MyBnk.

I also sat in on discussions about the importance of creativity in education and how learning is changing; education is increasingly becoming about using shorter periods of time to connect with like minded people on a deep level to share ideas, knowledge and expertise. So where in the world do singers come into all of this? Well, the next day I headed up to my home from home, Birmingham Symphony Hall where I’d been asked to compere their annual Community Spirit concert. It’s now in its seventh year and is an important project that invests in community choirs across Birmingham and the West Midlands. Community Spirit helps to highlight the benefits of choir singing by bringing people together, helping them to make new friends, boosting confidence and reducing isolation. It’s an uplifting celebration of community and our many wonderful differences and I love being part of it.

There were over 350 choir singers from eight individual choirs on the Symphony Hall stage on Sunday night, from a range of backgrounds, ages, and disabilities all coming together through music. They presented a vast range of musical styles and paid tribute to the incredible diversity of Birmingham, singing music from the Caribbean, South Africa, and Poland, one choir even did a cover of a Black Sabbath song! It raised the aspirations and expectations of all the singers involved by also giving them an opportunity to share the stage with the inspiring and critically acclaimed a cappella choir, Black Voices.

As I sat on the side of the stage and soaked up the beautiful music and positive energy that surrounded me I thought about the two World Wars that this country fought in the 20th century. How all the young, fit healthy men went off to fight leaving their communities behind and I wondered if the university brain drain on more rural areas was having a similar impact. As I listened to the songs that the choirs had chosen from all over the world I was reminded of the innovators and how they talked about the importance of connection in learning. It was at this point that I relaxed, sat back and basked in the singers’ power to unite and emit so much joy, despite their individual suffering and differences. The choirs and their music reminded me that throughout history music has always been there to help us overcome oppression and suffering and to create connection. It has helped to unite, to educate, to promote discussion, open minds and reduce the fear of the ‘other’. And with that the words of Kendrick Lamar popped into my head, “we gon’ be alright”.