Home Blog REVIEW OF MADAM’S ‘BACK TO THE SEA’ 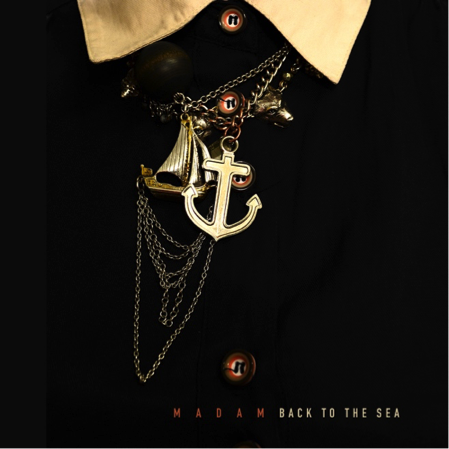 REVIEW OF MADAM’S ‘BACK TO THE SEA’

The fabulous MADAM have a third album out, we’re fans because their front woman, Sukie Smith is one of our shining Associate Artists and all round Mega Talent. But we didn’t want to appear too biased so we asked our good friend Cally Callomon and expert in all things music to do a review of  ‘Back To The Sea’ and here. it. is…(thanks, Cally!)

MADAM no longer run away at top pop speed expecting you, the listener, would only keep up. This third album moves at a leisurely pace, not a swagger but a stroll, confident in every step, it’s easy to follow, it is easy to comprehend and is mercifully free of those hideous Texas/Primal Scream dependencies on ‘influence’

Okay, okay, we may have the zest of Lamb a sprinkle of Zita Swoon, perhaps even a smidge of Keren Ann with topnotes of Courtney Barnett but I suspect that these are all beasts who drink from the same watering hole, oblivious of each other.

Those seeking the adolescent desperation of a young NME Front Cover start-up may well be disappointed. After such rush of unknowing and all-absorbing innocence comes the measured, nay, mature confidence that either puts bands out to pasture, puts bands in to ever decreasing circles of re-stating their youthful exuberance or allows development and true adventure to take control.

The latter process tends not to come with youth, youth tends to ape and mimic the elders, and even the elder’s elders even. Wilde said ‘approval of what is approved of is as false as a well kept vow’ Today’s teen revolution has to be orthodox and approved-of or else it is rejected or (heaven forbid) ignored. MADAM come without promise or eagerness, they are Samuel Beckett plumping for a life of song, not words. Beckett never suffered from the perils of youth, he was born a daring old man. MADAM have reached the stage where it doesn’t matter what has gone before.

On disassembly we find the kernel pearl of song buried under the protection of 10 others: When I Met You has a video that shows men drinking lager straight out of cans. No sipping, no glasses, no chilled considered fanciful brew, just cheap warm lager, stolen out of the cornershop fridge – an aluminium clad end in itself, they disregard the rats who have pissed over the ring-pull, their drinkers assail a woman in the back of a cab, full with their own stories, oblivious to hers, driving through the hell of canned East London, happy to get drunk from alcohol served in convenient trouble-free cans oblivious to anything other than the self. Welcome to the selfage.

The depondency and detachment of the female protagonist has no green meadows to escape to, this is not ‘Back To The Sea’ she is trapped, trapped inland in the borough of Hacknoir and the entire album reflects that trap; once inside you suffocate, at the end you breathe deeply and this is no bad thing.

Whilst modern attention-seeking theatrics talk of an ‘immersive experience’ by heaping trinkets and gimmicks onto a poor plot, in Madam we are reminded of a music that buries us deep, (much like Burial in fact) songs that need few props, an album of considered, unavoidable discomfort. Unease has never sounded so welcome and sweet.

Have a listen to ‘Back To The Sea’ on Spotify / iTunes and then join us on 12th September at the Moth Club for MADAM’s album launch. You can buy your tickets HERE.

MADAM front woman, Sukie Smith, and one of our Associate Artists classically trained at the Royal Central School of Speech and Drama and began her acting career working with Nic Roeg (The Witches) Mike Newell (A Summer Story) and on improvised/collaborative films like Mike Leigh’s ‘Topsy Turvy’ and with Neil Hunter & Tom Hunsinger (Lawless Heart). We met her a couple of years ago when we brought her on board as one of our actors for our jazz-theatre production, ‘The Philippa Project’ but like so many of our professional artists, she is a polymath and not only an incredible actor but also a very talented musician.

Sukie moved into music with her acclaimed 2007 debut ‘In Case of Emergency’ (Reveal Records) and when she told us about her plans for a new, third album called ‘Back To The Sea’ to be released on Shillingboy Records via Cargo we couldn’t resist getting involved. Sukie described it as “an ANTI DEATH MANIFESTO” and “a love letter to human nature, an acceptance, a recognition of a certain amount of bitter glory in everything.” We thought that sounded kind of brilliant and now here we are with an album launch on 12th September at the Moth Club in London and the official release on 23rd September. Aces.

MADAM will also be performing on 17th September at The Lighthouse in Walmer and 1st October at the Seabright Arms in London.

But we’re hoping to see you on 12th September first.