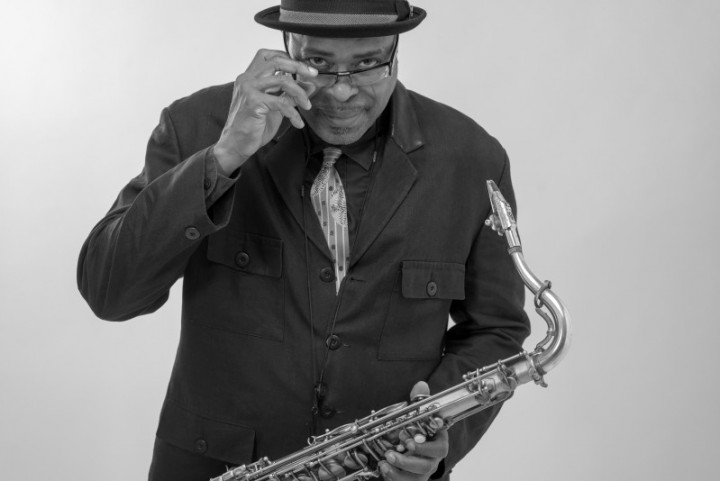 The legendary Jean Toussaint has received a wonderful review for his recent performance at Ronnie Scott’s.

The astonishing bench-strength, the level of talent just waiting there in the wings in the London jazz scene has been proved yet again. Pharaoh Sanders had suddenly flown back to the US and cancelled his remaining UK dates, including two nights at Ronnie Scott’s. Reasons of ill health were cited (although conspiracy theorists on social media seemed to have other ideas). This left a gap. A gap is an opportunity, which Ronnie Scott’s management filled particularly imaginatively, both for last night and for tonight. There are spaces. Go.

So where do you go looking to find a last-minute replacement for Pharaoh Sanders? Answer: the lower slopes of Highgate Hill, because there you find Jean Toussaint. Toussaint was born in St. Thomas in the US Virgin Islands, and by the age of 26 he had already had four years as a Art Blakey Jazz Messenger. Having thus proved himself at the highest level, his credentials as a world-class tenor saxophonist never were, and probably never will be in doubt. He plays with presence, imagination, class – and also with the ease and the geniality of a man who has chosen to live his life grounded in N8 and in his much-admired teaching, rather than dragging a suitcase around the world with him. He plays in a constant state of motion, occupying a far larger space than if he were to remain static, and the freedom he has in every aspect of his playing are remarkable.

He also enlisted a phenomenal sparring partner on saxophones, Julian Siegel. Before last night the two hadn’t played in any context for well over a year, and the process of them musically greeting each other at the very highest level, each progressively absorbing and internalizing the other’s language was just fascinating to watch. It will go further tonight. Their sounds are different, Siegel’s more penetrating, probably produced with a softer reed (?) but there too, the imitiation and collaboration tends to lead to reinforcement and complementarity rather than the contest and the one-upmanship which are popularly imagined. As the evening moved on, the listening and the infectious sense of enjoyment of each other’s playing intensified. Spurred on by the rhythm section – and arguably also by the aura still left in the club from Wynton Marsalis last week – they began to swing, and hard, on tunes like Wayne Shorter’s Fee Fi Fo Fum.

Read the rest of the review HERE.