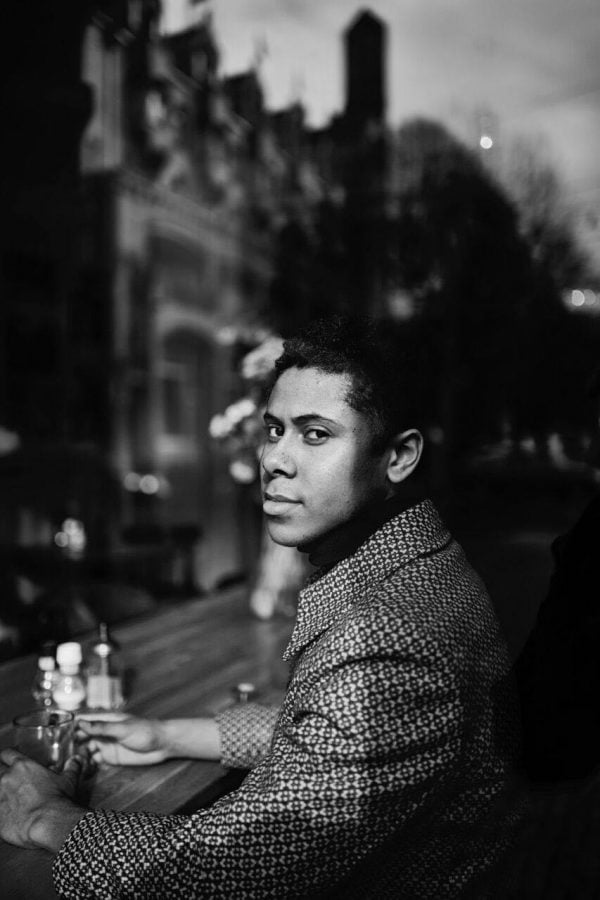 BlogMay 24 2016Comments Off on REUBEN JAMES – NEW PATRON FOR THE ABRAM WILSON FOUNDATION!

“I’m honoured to be announced as the Abram Wilson Foundation’s first ever patron.  I met Abram when I was 17 years old when he was leading a workshop in Birmingham.  He took me under his wing and asked me to join his band. We went on tour around the jazz circuit and it was amazing for me to learn and gain experience from one of the best around and someone who had always been a great inspiration to me.

During that time Abram became more than just a bandleader, he was my best friend, my big brother, and my mentor.  He taught me about swing, blues, the history of the music, fearlessness, respect, passion, hard work, dedication, patience, how to be an inspiring teacher, the importance of passing on your skills to others.

Abram is one of the reasons I’m doing what I’m doing today and I hope that by being a patron of the Abram Wilson Foundation I can help carry on his legacy and inspire others to live out their greatness. I was touched by Abram’s spirit and soul and the way he portrayed this through his music.  It was a privilege to have been a part of the message that Abram represented through his work and I plan to do the same thing with my music, to bring joy and love to the jazz community and the ever growing UK scene.”

Reuben James will be making a special guest appearance at our four year anniversary gig at St James Theatre on 14th June. Tickets can be bought HERE:

The Abram Wilson Foundation is proud to announce young artist, Reuben James as our first patron.

Abram first met Reuben when he was just 17 years old at a workshop he was leading at the Birmingham Conservatoire. Reuben arrived late and Abram was a little unimpressed. He told Reuben to sit behind the piano and join in. This was Reuben’s moment and he took it, according to Abram he set that piano on fire so much so that Abram turned to him and said he needed to find some balance, that there were other musicians in the room and he needed to create space.  What impressed Abram about Reuben was that he listened and took on board his advice.

Soon after that workshop he asked Reuben to join a quartet that he was forming for a new record and UK tour. Reuben was already on the Birmingham jazz scene, regularly performing at Jools Holland’s venue the Jam House, and had begun playing with soul sensation Ruby Turner.  Joining Abram’s band gave him a chance to raise his profile as a jazz musician and develop his skills as a pianist. After about a year of playing in Abram’s band, Reuben was identified by The Times as “fast becoming Britain’s best young jazz pianist.” and later went on to win the British Jazz ‘Rising Star’ award.

Not long after Abram passed away, Reuben was given an opportunity to join a new band, for an up coming singer called Sam Smith. Fast forward three years later and Reuben has recently come back from a world tour and numerous award ceremonies, but more importantly contacts and offers that will help him grow his own career as a solo artist.  Having recorded and toured Sam Smith’s multi-award winning album, In The Lonely Hour, Reuben now splits his time between LA and London. He continues to play with his jazz trio when he can, whilst also working on various collaborative projects including Two Leaves and soulful electro/funk project called KINGDM.

A phenomenal educator and incredibly passionate about passing on his knowledge of music, Abram was willing to take the time to work with Reuben and mentor him. He gave Reuben a chance to discover his greatness, a greatness that Reuben and those close to him always knew he had.  We want the Abram Wilson Foundation to do the same for the other Reubens out there.  For the girls and boys and young artists who might not come from the most privileged of backgrounds but have a fire inside of them that is bursting to light up.

We are delighted that Reuben has agreed to become our first patron, we hope that he will inspire other artists to give back to those who have supported them along the way, whilst encouraging the next generation to follow their passions, and we are very much looking forward to working with him over the next few years.