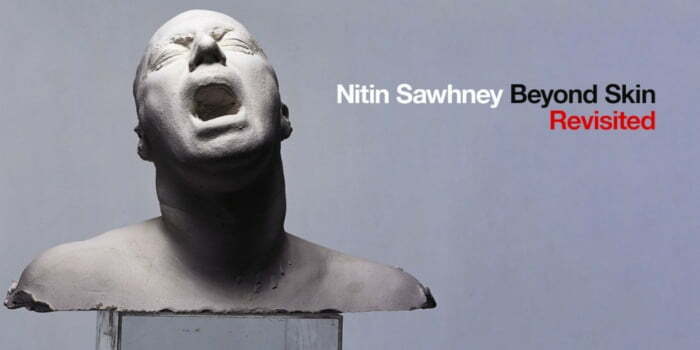 Our patron Nitin Sawhney on 20 years of Beyond Skin

Our patron Nitin Sawhney marks the 20th birthday of his ground breaking album Beyond Skin later this year.  Nitin is a composer, musician and producer whose career spans music, film, television, theatre and dance.  He has helped us continue Abram’s legacy, sharing his passion for inspiring young people to find their voice and championing talented artists on the UK music scene.  Nitin is active and vocal about promoting equality of education and experience.

He was awarded the Ivor Novello Lifetime Achievement Award in 2017 and last month received a CBE for his services to music, accepting it in memory of his dad and as an acknowledgement of his parents’ struggle as immigrants.

Nitin is touring Beyond Skin later this year. He says:

“In this year where Brexit negotiations, political turmoil and chaos have brought issues of identity, nationality, race and religion into focus once more, the themes of Beyond Skin are more relevant than ever. Featuring a host of talented musicians and guests, the show will seek to not only recreate and reflect upon the journey of the album, but also forge an unforgettable event that marks Britain’s most culturally challenging year for decades.”

I joined Nitin in his studio to chat to him about why the record is as relevant today as when it was made. Here’s an exclusive video of our chat.

Nitin will perform Beyond Skin:Revisited at the Royal Albert Hall, London on 26th September; at the National Concert Hall, Dublin on 30th September and at Casa Da Musica, Porto on 5th November and Centro Cultural De Belem, Lisbon on 6th November.

How can you help us change young lives through music?  And join us at our super special 7th anniversary gig at Soho House White City on 11th June? Give a regular monthly gift by becoming an AWF Trailblazer.