Home Blog NEW SCHOOLS NETWORK REPORTS THAT ARTS FUNDING, CLASSROOM TIME, AND TEACHERS ARE BEING CUT IN RESPONSE TO EBACC 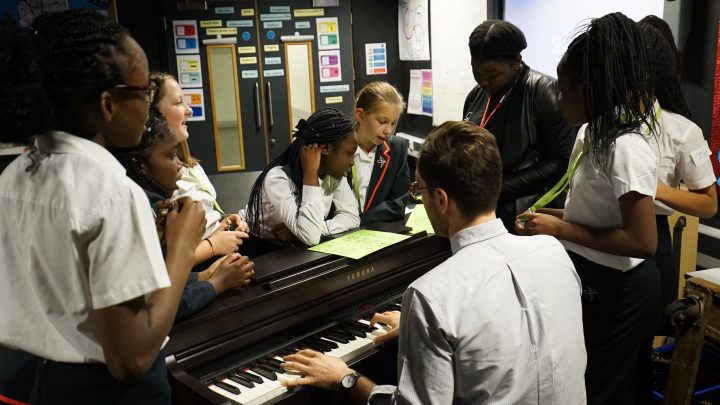 NEW SCHOOLS NETWORK REPORTS THAT ARTS FUNDING, CLASSROOM TIME, AND TEACHERS ARE BEING CUT IN RESPONSE TO EBACC

BlogMar 21 2017Comments Off on NEW SCHOOLS NETWORK REPORTS THAT ARTS FUNDING, CLASSROOM TIME, AND TEACHERS ARE BEING CUT IN RESPONSE TO EBACC

A recent New Schools Network’s report shows that more students are doing arts GCSEs since the introduction of the Ebacc. For those of us with an interest in the arts in schools, this at first appears to be great news. But, scratching the surface, we start to see some issues with the positive presentation of these findings. Firstly, the issue celebrated by the report and in the supporting press release is the number of pupils sitting arts exams and, at the risk of stating the obvious, being examined in an arts subject is not the same as putting on a play, visiting the theatre or painting a picture; this is confirmed as a valid concern by exam boards dropping the requirement of drama GCSE students to watch a live performance.

Interrogating the Key Findings on page 7 of the report reveals further problems. Point 1, that “Arts education improves students’ job prospects”, does not appear to be grounded in any evidence other than the correlation between students sitting arts subjects and future earnings, a correlation but not necessarily a causal link. As the report fails to make any attempt to correct for other factors such as parental income, this says very little as the correlation is just as likely to be tied to the fact that middle class students do more arts subjects. The causal link with job prospects is thus as likely to be socio-demographic status as it is arts education. Point 2, “There is no evidence that the EBacc has affected GCSE arts entries”, is, as with point 1, about exam entries rather than access to the arts and point 3 raises the most pertinent findings of the report so is copied in full below:

However, it does appear that schools have misunderstood the intention behind the EBacc, using its introduction to reduce funding for the teaching of the arts. While arts entries have risen, the number of GCSE arts teachers has declined, with schools focusing recruitment efforts elsewhere. Similarly, evidence suggests that less contact time is now being given to GCSE arts entrants.

This third finding finally addresses the issue of access to the arts and, if we are concerned that all students should have access to the arts, this must be more important than exam entries and reveals some alarming headlines that are not highlighted in the report and surrounding articles; reduced funding for the arts; fewer arts teachers; fewer arts teachers being recruited for the future and less time in arts classes for pupils.

In the New Schools Network press release about their report, Toby Young (Director of New Schools Network), The Rt Hon Nick Gibb (Minister of State for Schools), The Rt Hon Matt Hancock (Minister of State for Digital and Culture Policy) and Ian McEwan (Author), all lend their support to the idea that the arts are being supported in schools and I can’t believe that they are anything other than sincere in this assertion. Yet, while they may be sincere, they are also misguided. If this report was submitted to me by one of my students on the MA in education course at the UCL Institute of Education, they would be disappointed to be awarded a D for such sloppy research. Unfortunately, the press release suggests that the guidance of this report is being taken at the highest levels of government so is likely to have considerably more impact than a disappointed student as it ensures that the government are unaware that they are cutting arts from schools at a time when schools are already suffering further cuts that will catalyse this unseen harm.

The New Schools Network’s focus on arts exam entries is a distraction from the findings of their report that show that students also have less access to the arts. We must not be fooled into thinking that all is well, school pupils need more support than ever to ensure their access to art.