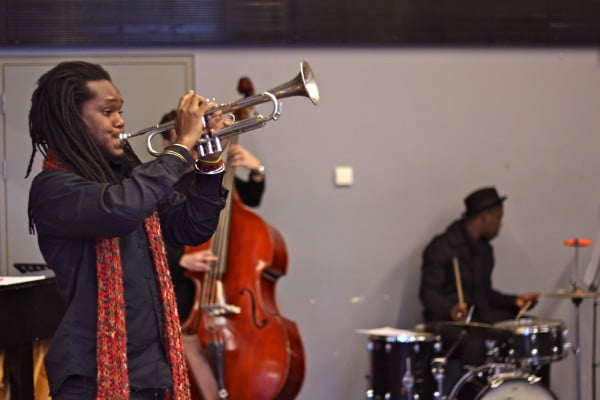 “I’ve been working non-stop since I got here.” The Cuban trumpeter Yelfris Valdés has been playing in all kinds of contexts since settling in London just nine months ago. I had the pleasure of interviewing him for LondonJazz after having worked together on on the Philippa Schuyler Project in December 2014.  A charming man and a brilliant musician, Valdés introduces himself, talks about the roots of his inspiration, and gives his first impressions of the London music scene. One of his forthcoming engagements is in the Cuban band for Carlos Acosta’s Cubania at the Royal Opera House, which opens on 27th July.