Home Blog Ife Ogunjobi: on starting out, Glastonbury and a wild 2019 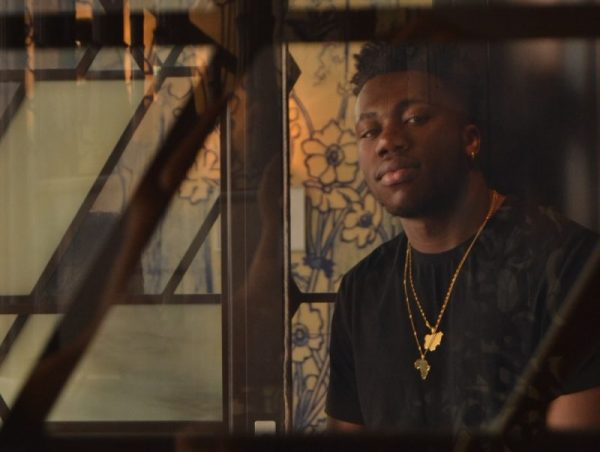 Ife Ogunjobi: on starting out, Glastonbury and a wild 2019

BlogOct 01 2019Comments Off on Ife Ogunjobi: on starting out, Glastonbury and a wild 2019

London-raised trumpeter and composer, Ife Ogunjobi is one of the young rising stars of the London jazz scene. He has performed and recorded with a plethora of artists across genres, including Solange Knowles and Jon Cleary. Our founder Jennie Cashman Wilson caught up with Ife ahead of our White City House Jazz Showcase gig on 29 October.

Jennie: How would you describe your style and your influences?

I think the best way I can describe my style is through who I am. That is a young black male in 2019 who loves jazz music and who grew up in South East London. What I’m trying to say is I’m the same person who loves Miles Davis and Duke Ellington but who also loves other artists like Burna Boy, J Hus, Dave, Stormzy, Kano, Anderson Paak and Kendrick Lamar. So I love all types of music from all different cultures and I try to incorporate all of those elements into my music.

Jennie: You’ve balanced studying with playing your own gigs and those with Moses Boyd, Dele Sosimi and Ezra Collective to name a few; any tips for other young musicians who’re starting out in a music career?

For anyone starting out in a music career I would simply advise learn as much as possible about everything to do with music. This means listening to loads of different genres of music, not just the mainstream and not just what you are in to. This will broaden your musical taste and allow you to be influenced by things you otherwise wouldn’t be. It also allows you to be more versatile as you will understand and relate to more types of music allowing you to manoeuvre in different worlds and work with different kinds of artists. The other thing I would say is to take your time. There is no rush to become famous and sell out Wembley or get a feature with Ed Sheehan on a track. Good art takes time to develop and once it is developed you need to take time to ensure that you can get the most mileage out of your music as possible. What’s the point of putting your blood, sweat and tears into a project and it only remains relevant for two months?

Jennie: Brilliant advice! What’s been your career highlight so far?

I would have to say my highlight of 2019 has to be the West Holts Stage performance at Glastonbury with Ezra Collective. I love festivals so much, so the fact that we did our thing on such an iconic stage at the best festival in the world means so much to me. But then again, the year isn’t over yet and there are many more things to look forward to, so you never know what might take the throne.

Jennie: Who’s hot on the London music scene right now, in your opinion?

I mean there are great artists in the London scene at the moment. I’ve got a few favourites at the moment who I listen to daily. Kojey Radical has just dropped a great new project and I’m a big fan of his. Same for Kano, he recently dropped an amazing album which was dope. My brother Mark Kavuma recently dropped a new album called ‘The Banger Factory’ which was amazing. I love he makes the music he loves regardless of what is going on around him. He always stays true to himself which it why his art so great. So yeah, they are a few of my personal favourites.

Kojey Radical – Where do I Begin

Jennie: Finally, what’s on the horizon for the rest of 2019?

I’m looking to finish 2019 strong. I’m touring with Ezra Collective for the majority of the rest of the year. We’ve got a European tour which is gonna be mental. Then we’ve got our London headline show at the Roundhouse and words can’t even express how I feel about that one. In December we’ve got our second US tour of 2019 which is gonna be a movie. I’m also working on a big show myself to round off the year so yeah, it’s gonna be wild!