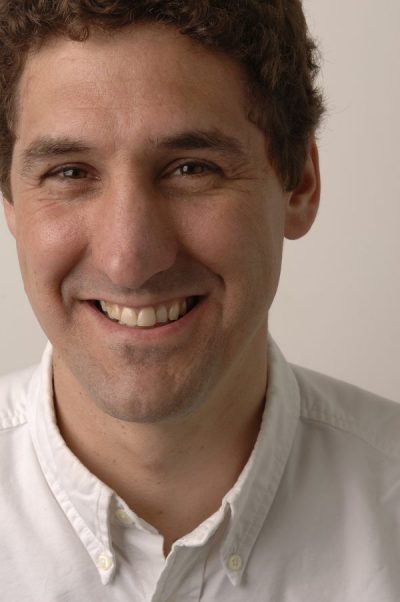 Tom is a Partner at Clintons, an award winning boutique law firm, based in Covent Garden in Central London. It’s a market leader in the entertainment, digital media and creative industries and is highly regarded for its family, litigation, property and corporate work.

Tom is also our pro bono legal adviser and we’re super grateful for all the support he’s given us since we first met back in 2013.

Tom is a curious cat as he started off as a musician, then went on to become a producer and sound engineer before taking his rightful place as a lawyer along with everybody else from his hometown in Washington DC.

We caught up with Tom to find out about what it was like to work with Gil Scott-Heron and Nick Cave, his top toons, why he stopped feeling inspired to work as a music producer, why he thinks iTunes won’t exist soon, the future of the music industry and his family band, Hot Trash! See below for the full interview either as video or transcribed.

If you’d like to follow in Tom’s footsteps and support the Abram Wilson Foundation then you can do so by signing up to become one of our regular donors, aka Trailblazers. In return for helping our work with disadvantaged young people and up and coming musicians you’ll get excellent updates and special invites to all sorts of fun events. Find out more HERE.

But perhaps I’ll say two really inspiring people. One was Gil Scott Heron who I found to be so committed and so real in what he had to say it was almost like religion every night. I toured with him for a week at one point for seven nights and it really did feel like going to church every night and I felt inspired and driven by what he had to say about politics and music, and of course he’s funky too. But then the other one is Nick Cave, at the time he was Nick Cave and the Bad Seeds and I recorded an album with him called Kicking Against the Bricks and it was incredibly inspiring, it was early in my career but perhaps the most important thing is that he was such a purist about his music, he didn’t want any machines, he didn’t want any processing, he didn’t want anything to interfere with the route from his own performance to the ear of his audience – and that presented problems for somebody trying to make an album out of his music but it reminded me that, that the point of the exercise is to get the best music to the listener’s ear and if somebody wants to make that a direct route then I’m all for helping them do that. It was inspiring.

‘What I’m listening to’

I’m listening to so much music as I always do, I tend to listen to music pretty much all day and all night. A lot of it is online radio and I love discovering new online radio stations, currently my favourite is XRay.FM which is actually an FM radio station somewhere in Portland Oregan I think but online of course, and KCRW in Los Angeles has its eclectic 24 that I listen to a lot of and through these stations I hear stuff that I really love. And right now there is a really crazy fun rock band from South London which is five 18 year olds called Shame and they are pretty inspirational for London kids that are smashing it all over the world… and also listening to Mondo Cozmo an American band from last year that’s still inspiring me and I’m also listening to a lot of the Allergies a Manchester band that is cutting up old soul toons in a way that has somehow brought something new to it and is really fun and makes me dance!

‘From music to law’

Ah well in some respects I was always going to be a lawyer because I come from Washington DC where everyone is a lawyer so I was sort of dyed in the wool as a lawyer and I had been thinking about that my whole life. But I had a fantastic long run as a musician producer and engineer and it sort of left me rather than me leaving it because the music industry underwent its massive change in the means of production in the 90s and before the end of the 90s it was largely about the pressure of trying to get music onto tape as fast as you could because it was expensive to be in a studio and nobody wants to take much of a chance on you when there’s another band waiting to come in the door behind you, so the pressure was a great thing and I actually enjoyed that and felt like it was the pressure of live performance. Whereas afterwards certainly by 2000 that pressure had gone and it was essentially free to sit in a recording studio because it was often someone’s front room and the feeling of the pressure of a live performance fell out of it and I didn’t really fancy that as much as I did before. I’m certain that recording is still great for people that do it now but it’s not the thing that I loved at the time.

Well much as it does now these things don’t change in that sort of short space although there are a few things that are uncertain that’s a good question about which platforms will emerge or die. I would say right now it’s looking like a 2-horse race where almost all music comes through Apple or Spotify and there’s nothing else. And certainly we’ll see the end of downloads, iTunes will be gone in five years time so we’ll be a fully streaming market, and the good news is that even if we’re down to only two streaming platforms there’s no limit to the amount of music that can be on those streaming platforms, so a good band that can get a bit of hype through viral or through great performance can break through and it’s probably a more exciting and fair and just time for musicians than ever before.

I still play music quite often, I play piano nearly every day, I play the viola in an orchestra very often and I do the odd jam with people when they come round and also my kids play instruments and we play in a band together

Jennie: can you tell us what instruments they play and…

Tom: I have a daughter who plays drums, I have a son who plays guitar, a daughter and a wife that sing a lot and I have to play bass because somebody has to.

Jennie: do you have a name for your band?

Well the changes from digital are on two fronts, on the one hand it’s made music a lot easier to create so production costs are far less and the cost of getting it to the market as it were are a lot less and that means you don’t really need to have a big investment into your recording, you don’t really need to have a record label and that’s probably good news because it democratizes music and allows everybody a much more equal chance to get what they want to get. On the other side it’s much cheaper to actually get music into people’s homes as obviously there’s no cost of a CD, there’s no worry about printing or pressing too much and not being able to sell them and actually this is a good way to talk about it because a few companies in the last two weeks have launched free distribution platforms even the major labels Warner and Sony have created their own distribution platforms so that up & coming artists can put their music directly only Spotify and Apple Music and the rest for no cost at all. So if you can make your music sound good at home or wherever on your own, then there is a way to get it out to the public and the good stuff will fly.

‘Why the Abram Wilson Foundation’

I’m always looking for ways that I can use my skills in a good way, and this was an opportunity to put something back into the music scene in London great people are involved, particularly the person that runs the Foundation is an inspiration herself, is very hard working and somehow gives you confidence that the work you do will translate into something meaningful.