Home Blog How making new friends is the new networking 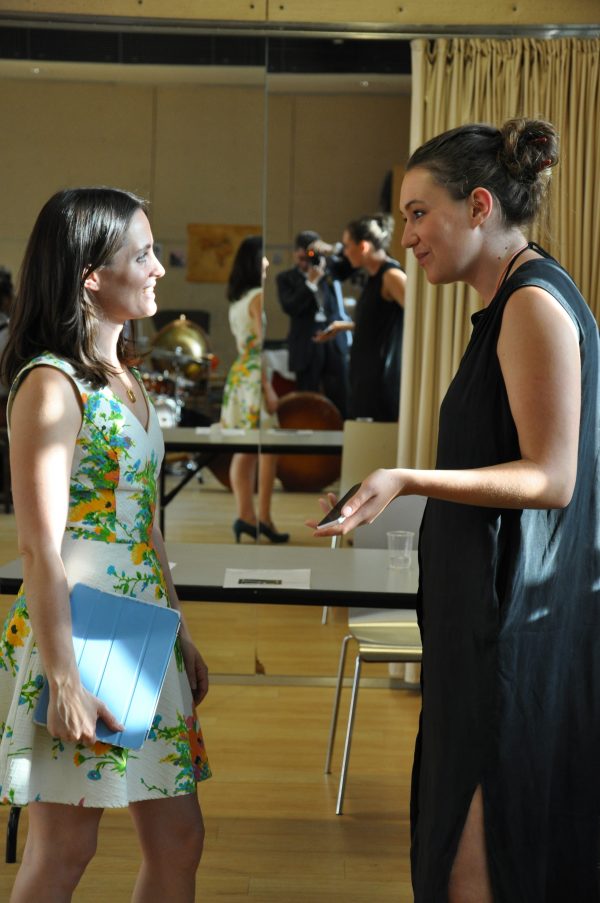 How making new friends is the new networking

Weak ties. Have you heard of this little buzz word that’s been doing the rounds? I hadn’t either until recently. Weak ties? I asked. As in men’s apparel? Er, no. Really bad knots? Nope, not that either. Apparently it just means making new friends and the Abram Wilson Foundation for Creative Arts definitely wouldn’t exist today if it wasn’t for new friends. As I’m sure many of you who are reading this know, I established the Foundation in 2012 and over the last five years I’ve been put in touch with and gotten in touch with countless people I didn’t know that well, if at all. Many of them have gone on to introduce me to their networks, giving me an opportunity to meet new people which has been invaluable. There have also been people who I’ve worked with on a project for just a couple of weeks who’ve ended up becoming an intrinsic part of what the Foundation does. They in turn have opened doors that I didn’t think I could ever get through. It’s fair to say, I’ve been blown away by just how incredibly generous the majority of my ‘weak ties’ have been.

Along the way I’ve found it’s so important that you meet new people with an open and curious mind, maybe even an open heart. You don’t have to put yourself in super awkward situations either, you can start with things you like and enjoy and at some point it will lead to someone. I’m not a massive fan of enforced networking or networking events, they always makes me cringe. But earlier this year I went to a great panel discussion organised by a group called Trouble mainly because the speakers interested me and it seemed like my kind of vibe. I went with a few friends/colleagues and we all met some new people that night. One of them was really interested in the Foundation and has since come along to a couple of our gigs. I guess that’s an example of starting slow, you don’t have to jump into chatting to complete strangers all by yourself right away. Some of us are shy and it takes time to build up your confidence and realise that making new friends (or forging weak ties, or networking) can be really rewarding.

Asking for help or advice is always a great starting point. People love to share their wisdom and I love to receive it. Understanding other people’s perception or getting an insight into their experience has always been fascinating to me. Overall, most of the people I’ve met over the years have wanted to help and pass on their knowledge and expertise; this can often lead to bigger and better things once the relationship is a bit more established. I think sometimes we put ourselves under way too much pressure to prove our worth right from the offset, when actually we all really like being listened to. With all the external noise we’re having to fend off on a daily basis, it’s such a breath of fresh air when someone puts down their phone and genuinely wants to hear what we have to say.

Ultimately I feel like ‘weak tie’ is a bit of an oxymoron because they’re not ‘weak’ in the sense that they can’t offer you very much, just in the sense that you don’t know them that well, yet. Everyone has a network, otherwise known as connections and experiences that they can offer you. Some more than others. I guess I’ve always seen networking, or forging ‘weak ties’ as a bit of a treasure hunt, where you’re trying to find the key to all these potential doors you could walk through. With your ‘close ties’ the doors are already open, you know what’s inside and how they can support you. Don’t get me wrong, my ‘close ties’ are just as important. They’re my backbone, they keep me grounded and stable and every now and then they’ll come through with a surprise connection, but often that’s because they’ve recently made a ‘weak tie’.

I guess there’s also something to be said for the fact that our really ‘close ties’ often don’t understand what it is that we do day to day and how we run our business or what we get up to in our role at work. Maybe that’s because we don’t talk about work with them, we talk about other things. Whereas when we’re with ‘weak ties’ or making new friends we’ve got a limited amount of time to make an impression, and it has to be succinct and interesting if they’re going to want to hear more (that’s why asking questions and listening can come in handy!). It’s unlikely that we ever talk to our ‘close ties’ that way so perhaps they don’t always grasp what it is that they could do to help us. And maybe it’s also more of a risk for a ‘close tie’ to offer up their contacts to us. It’s complicated because people are complicated. Having said that, when you forge a connection with someone, however fleeting, it’s a really satisfying feeling. Even if it’s just in that moment and it actually goes nowhere. So I say go on a treasure hunt and find the missing keys.