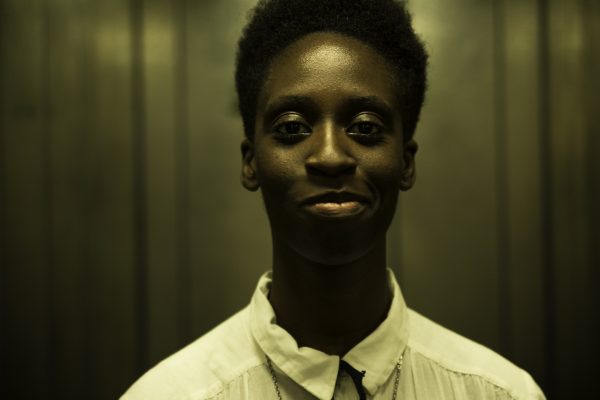 Rising star in the UK jazz scene, musician Shirley Tetteh explores the rich heritage and tradition of the guitar, influenced by pioneers and contemporary heroes alike.  She has performed with the likes of Jason Yarde, Nubya Garcia, Arun Ghosh, Courtney Pine and Jazz Jamaica. More recently she was announced as the Parlimentary Jazz Awards’ best newcomer in 2018.  A member of septet Nérija, Brownswood-affiliated Maisha, Cassie Kinoshi’s SEED ensemble, and leading her own new project Nardeydey, she’s bringing high-quality original improvised music to a younger, wider audience.  I spoke to Shirley ahead of her Late Night Jazz showcase at The Hospital Club next week…

Jennie: Turning back the clock, what were your musical influences growing up?

Shirley: By the time I really got into guitar it was a lot of rock blues, so Jimi Hendrix, Eric Clapton, Derek Trucks, those kinds of folks!

Jennie: What do you think about the cuts in schools making it harder for young people to have the chance to learn an instrument or get involved in music?

Shirley: I think of it at a personal level – I love to see young kids playing and practising music, especially when I see what it’s done for me.  I think we’re going to have to band together in our communities and support each other as much as we can to make sure kids can still have these opportunities.

Jennie: Your projects include Maisha, Nérija and most recently Nardeydey. How would you describe your musical style across those different bands and is it important to you to have variety?

Shirley: I don’t know how I’d describe it! I’m mostly just playing guitar in Nérija and Maisha, I also compose a lot with and for Nérija, whereas for my Nardeydey project there’s a lot of songwriting and production involved. In terms of having variety I just think of it in terms of doing what feels good to me – if I want to explore something I’ll be irritated if I don’t do it. And some of it is practical – like playing guitar is what pays my way mostly!

Jennie: Can’t wait for your Abram Wilson Foundation Hospital Club gig later this month!  Tell us what you have in store?

Shirley: I’ll be bringing a trio with double bassist Nick Ereaut and percussionist Onome Edgeworth (of KOKOROKO). We’ll be playing a lot of groove-influenced music. It’ll be fun!!

Jennie: Sounds awesome! Finally, how will you be wrapping up 2018 and kicking off 2019?

Shirley: Ooh, I’ll probably be wrapping up 2018 spending time with family for Christmas and starting off 2019 hopefully writing new music for the Nardeydey project.  I should have another single coming out via Lucky Number music mid January!