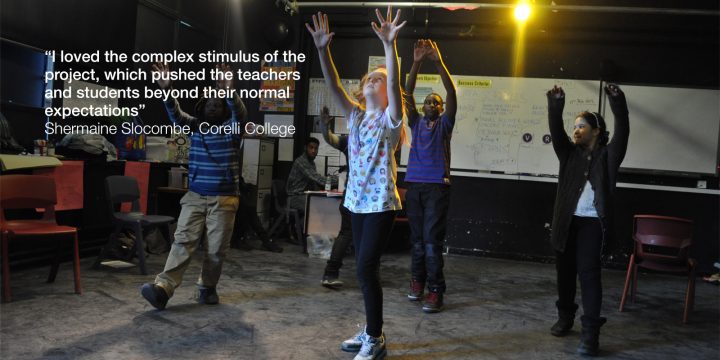 We’re absolutely delighted to announce that the Abram Wilson Foundation has been awarded two generous grants – £10,000 from BBC Children In Need and £10,000 from the Ernest Cook Trust. These grants will fund the second pilot of our Achieve Your Greatness school programme at Corelli College and Plumstead Manor in Greenwich starting this October and finishing in May next year.

We believe in the power of creative expression to unlock young people’s full potential. This second pilot of Achieve Your Greatness (AYG) is a multi-arts education project for 11-13 year olds from disadvantaged backgrounds involving jazz, theatre, dance and spoken word. 50 programme participants will access 6 high quality professional artists exposing them to a range of different art forms with an emphasis on jazz and developing skills such as collaboration, confidence, communication, and creative and critical thinking.

The UK has a huge issue of inequality surrounding access to the arts.

Figures from the 2015 Warwick Commission report showed that arts audiences are overwhelmingly middle class and white, with the wealthiest, best educated and least ethnically diverse 8% of society representing nearly half of live music audiences and a third of theatergoers and gallery visitors.

The report raised concerns about the decrease in students taking up creative and cultural subjects. It warned the education system is not focusing on the future needs of the Cultural and Creative Industries, which have an estimated £76.9 billion value to the UK economy. It also warned that a lack of focus on creative subjects will hinder the broader needs for innovation in the UK.

The report warned that “children born into low income families with low levels of educational qualifications are the least likely to: be employed and succeed in the Cultural and Creative Industries; engage with and appreciate the arts, culture and heritage in the curriculum; experience culture as part of their home education and have parents who value and identify with publicly funded arts and heritage.”

We believe that the arts, and their associated benefits, should be accessible to all young people. Achieve Your Greatness is designed for students who have had limited performing arts experience, and who may be lacking in confidence, experiencing difficulty in fitting in at school, or at risk of exclusion. It also reflects Abram Wilson’s passion for mentorship, arts education and helping young people find their voice through jazz.

Achieve Your Greatness (AYG) workshop practitioner Tyrone Isaac-Stuart explains why AYG is so important to him: “I met Abram around 2009, he mentored me in my late teens and I really do value that. I was then invited to join the Abram Wilson Foundation Education Committee and from there I became a workshop practitioner for the first pilot of Achieve Your Greatness. That project was just amazing. First of all I got to pay forward what was invested in me to these kids, many of whom came from a disadvantaged artistic background and so it was really good to do that. But also, it was amazing to teach a course that resonated so much because I was teaching something based on someone that I knew and that meant there was a level of authenticity that I could give to the project that I couldn’t if it was another course. So it built me up as an artist and it built the kids up by showing them what was possible, which meant that I was able to be a role model for them. It’s such a great project and I’m so proud to be a part of it.”

We are so grateful to BBC Children In Need and the Ernest Cook Trust for enabling us to continue AYG for a second year, and for allowing us to bring the arts to more young people who need it this most. We will be posting more updates over the next few months, so keep an eye out on our website, Facebook and on Twitter!

In the meantime you can check out last years’ Achieve Your Greatness tumblr page HERE. 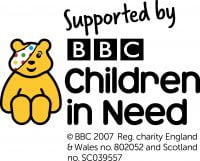 Our BBC Children In Need grant has been made possible thanks to the generosity of the public. £32.6 million was raised on Appeal night 2014 and BBC Children in Need have since announced that this total has risen to a record breaking £49.1 million.

BBC Children in Need funding relies on the energy and commitment of thousands of fundraisers and supporters across the UK who donate their time and money to support the Appeal.  Whether it’s cake sales, spending the day in fancy dress or putting on a quiz, every penny of the money raised goes towards supporting projects across the UK.

All grants go to projects working with children and young people living in the UK who may be affected by homelessness, neglect, abuse or poverty, or those who have faced challenges in their lives such as serious illness, disabilities and psychological disorders.

As well as offering a wide-ranging programme of land-based learning for children and young people, the Ernest Cook Trust gives grants to registered charities, schools and not-for-profit organisations wishing to encourage young people’s interest either in the countryside and the environment, the arts (in the broadest sense), or in science, or aiming to raise levels of literacy and numeracy.

Since the ECT is a land-based Trust, work which encourages or ensures the continuation of rural skills and crafts is of particular interest to the Trustees. All applications are expected to link in with either the National Curriculum or with recognised qualifications.

Each year the ECT Trustees give around £1.8 million to support hundreds of educational projects throughout the UK.