Home Blog FRONTWOMAN FOR MADAM, SUKIE SMITH ON HOW NOT WAITING TO BE PICKED IS THE KEY TO ARTISTIC SUCCESS 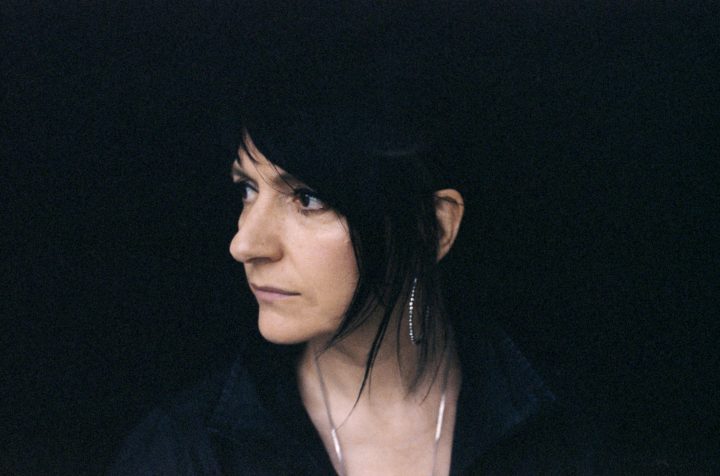 FRONTWOMAN FOR MADAM, SUKIE SMITH ON HOW NOT WAITING TO BE PICKED IS THE KEY TO ARTISTIC SUCCESS

BlogApr 05 2017Comments Off on FRONTWOMAN FOR MADAM, SUKIE SMITH ON HOW NOT WAITING TO BE PICKED IS THE KEY TO ARTISTIC SUCCESS

Sukie Smith is a classically trained actress who studied at the Royal Central School of Speech and Drama. She began her acting career working with Nic Roeg (The Witches), Mike Newell (A Summer Story), and on improvised/collaborative films such as Mike Leigh’s ‘Topsy Turvy’ and with Neil Hunter & Tom Hunsinger (Lawless Heart). Sukie moved into music with her band, MADAM’s critically acclaimed 2007 debut ‘In Case of Emergency’ (Reveal Records). Sukie released her third album, ‘Back To The Sea’ in 2016 which was listed as one of the Guardian’s Albums of the Year. She is a workshop leader for our arts education school programme, ‘Achieve Your Greatness’ and will be performing at our fifth anniversary celebrations at Bush Hall on 11th May – get your tickets here.

AWF: Introduce a little bit about yourself.

I’ll be showcasing songs from my latest album, Back To The Sea at the Abram Wilson Foundation five year anniversary concert on 11th May at Bush Hall.

AWF: What were your experiences of arts education in school?

I went to a sprawling, violent, comprehensive school in Essex with over 2,000 pupils. There were two standout things about this school: a brilliant drama department with a studio theatre space with lights, drapes, backdrops, props, and an inspiring drama teacher who was creatively brave and staged productions that were ambitious and really successful. The second thing was the art department, which sort of became a club/cult for self-determined outcasts escaping the daily fighting.

Both of these departments were run by inspired humans, who respected the pupils’ creativity and encouraged us to see that our ideas were worthwhile. Both places were full of possibilities in a way that didn’t seem so clear in other departments – they were more active and determined, and imagination was actively encouraged to make things happen.

I was really lucky to get to go to a weekly Saturday music boot camp, where I learnt to read music, play instruments (flute, violin and recorder), be part of an orchestra and sing in choirs. I had an amazing time, and being encouraged when I was younger gave me the strength to believe in my abilities now.

My advice to new musicians is to make things happen. To create an environment for your music/art to flourish in. Don’t wait for permission – make the art that you want to make, and then find ways to share your work by having house shows or curating a night for a promoter or connecting with other artists – friendships and collaborations between groups of artists are really powerful. You don’t need to wait for an industry expert to select you before you can feel justified in what you’ve created.

If you can command an audience, then you’ll start getting attention from the industry – then it can be your choice whether to be part of a big label or show – of course something like that has huge benefits, but it’s not the only way to have a brilliant, maverick time making your own work.

I started sharing my music with my musician friends, and then we put a band together, and I also sought out musicians that I liked in other bands. We worked so hard to get people to come to our shows and sold out all the ones that we were booked for. Once you’ve sold out a few shows promoters take you seriously and everything becomes easier.

You have to put up with a lot of b******s – I was constantly told not to be on the same bill as a band with a woman in it, but I would always book other bands with women for my support acts, because that’s the environment I wanted to be in.

I also set up my own label, SHILLING BOY RECORDS, which maybe sounds impressive but it’s really easy – you just need to do a deal with a distribution company, and have press and radio contacts up your sleeve.

I have gone back to directors and film makers who I worked with as an actress and made short films for nearly every song from my latest album, not music videos as such but more a continuation of the narrative of the song. Skill swaps are brilliant, a director friend of mine shot this video and to say thank you I am now writing and recording the music for his next short film – see, the power of artist friendships!

AWF: What inspires you about the AWF?

What inspires me about the Abram Wilson Foundation is the idea of total creativity, and the belief that all of us are innately creative and have something unique to contribute, and that this creativity is essential for our development and must be explored and cherished.

My theatre and music experiences were hugely influential growing up. I know how much the arts have shaped my whole life, and I have dedicated most of my life to my music, arts and practice partly due to those early experiences at school. It’s why I find being a workshop leader for AWF so profound.

AWF: 3 recommended tracks from other artists that you rate.

“Boat Turns Toward the Port” by Soap & Skin

“The Puzzle” by Ane Brun

“Disco Devil 12″” by Lee Scratch Perry
You can buy tickets for our fifth anniversary concert at the 11th May at Bush Hall here.