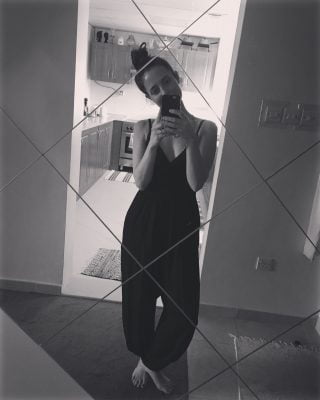 At the beginning of September 2015 I was unceremoniously pushed over a cliff edge that I’d been standing on for way too long. I was forced to suffer the humiliation of being fired in order to be persuaded to leap and focus on the Abram Wilson Foundation full-time. That was three years ago and I want to share five lessons that I’ve learnt since then.

Since founding the Abram Wilson Foundation in 2012 I’d always had a paid job elsewhere and built the Foundation in the cracks of my life. I’d wake up extra early before work and stay late so that I could fit in a couple of hours either side, sometimes more. I’d work weekends, occasionally allowing myself a day off because I was too hungover to do anything else. Other people in my position would get ill, but my immune system seemed indestructible so my version always had something to do with one too many wines the night before. Even then that would often be work related, I’d be at a gig supporting the musicians I knew and loved while also letting off some steam. Work-life balance didn’t exist in my vocabulary till much later.

In 2014 I secured a part-time role at a new organisation. It was such a relief. ‘I’m going to have up to four days a week to focus on the Foundation!’ I thought. It seemed like so much time and I figured I’d get so much more done. The reality was that more work created more work. In September 2015 my part-time role came to an abrupt end after a year. To say I was blinded sided is a bit of an understatement but looking back it was kind of like a bad relationship about which I was in total denial. The morning I was ‘let go’ I remember getting ready to go to work and dreading it. I’d just had a week off, I didn’t want to go back and I was already feeling overwhelmed by how much I had to do for them and the Foundation. Within a couple of hours that problem was solved for me and I was back at home without a laptop trying to get Abram’s very old and slow one to cooperate while I figured out what the hell I was going to do.

The reason I was in denial about my part-time role was because I was terrified of doing the very thing I wanted to do, and that was for the Abram Wilson Foundation to be my paid full-time job. I’m sure you can relate. We’re all scared of taking risks and failing. ‘If I jumped off that cliff edge who would catch me?’ I would ask myself. With that in mind I made up enough excuses to justify staying where I was and trying to make it work. ‘I just need to wait until things are more secure and then I’ll be able to transition to working for the Foundation properly.’ I’d tell myself. The fact is, there’s never a right time when you need to take a big leap. When you’re required to fly closer to the sun, when you have to be vulnerable and risk the humiliation of failure the conditions will never be perfect. You’ll always find a reason not to do it and that’s exactly what I did until one day The Universe threw me an unexpected bone

Lesson number 2. Sometimes you need to be pushed.

I’m so incredibly grateful for that day. The thing about being pushed or presented with challenges where you’re in a state of ‘WTF??’ is that you end up somewhere better than you could have ever imagined. Maya Angelou used to say ‘Say thank you because you know God, and you know He put a rainbow in every cloud. The rainbow is coming. Say thank you even though you can’t see it. It’s already there.’ Being pushed off that cliff edge was the best gift anyone could have ever given me and to the person who did it, thank you.

Lesson number 3. Trust that The Universe will catch you.

Or if you don’t like the word Universe then replace it with Life, The Source, God, Allah. It really doesn’t matter. The point is, if you can trust in the future then you can be present to what’s going on now. If you can be present to what’s going on now then you can focus on what you need to do to get to where you want to be without the stress and anxiety of the great unknown. Because that doesn’t exist, the unknown, the future, it hasn’t happened yet, all you have is right now. It took me a good year of daily anxiety about the insecurity of running my own non-profit to figure this out. By the time I got to the end of 2016 I was exhausted. The amount of energy that I’d expended on a) still working six to seven very long days each week and b) worrying about cashflow had led me to burn out repeatedly. The point of this lesson is really about mindset. You have a choice when it comes to how you view your current situation and the world around you. I began to realise that if I showed up every day and did the work while choosing different thoughts it would change my life and my business. And it 100% has.

Lesson number 4. Time does not exist.

When Abram had just been told he had terminal cancer he said, “But there’s still so much more I want to do.” This is an extreme example, Abram was young and of course he wanted more time but I can guarantee he’d have said exactly the same thing if he’d lived another 30 years. We always want more time.

By Autumn 2015, thanks to being pushed, I was finally working for the Abram Wilson Foundation full-time. The following year I hired a part-time assistant and someone to work on socials a few hours a week so I could have more time. Then I hired an intern three days a week to give me more time and so it went on.

What I’ve come to understand, thanks to a very clever chap called Gay Hendricks, is that time is a man-made construct. It’s not real and more than that, if you can see yourself as the creator of time then you will always have enough. I stopped rushing around and putting so much pressure on myself to operate like a machine. The result was that I became more in tune with the ebb and flow of life. It didn’t make me late or miss deadlines, it just made me more relaxed and things seemed to flow much better as a result.

This made me take much more responsibility for my choices. Time was no longer to blame and I was much more aware of my priorities, which inevitably led me to question some of them. Why didn’t I want to stop and talk to that person or see my friend at the weekend? Which leads us nicely to my final lesson.

Lesson number 5. If you don’t look after yourself, no one else will.

When you’re running your own business (or in my case non-profit) there will always be more to do. I could work 24/7, 365 days a year. I could have a football team of full-time employees and there would still be more work. The work never goes away, it never stops. However, if you don’t stop then problems start to arise, your mental and/or physical health will start to suffer and then so will the quality of your work and ultimately your business.

I didn’t fully understand what burnout was until we were well into 2017 and about to mark five years of the Abram Wilson Foundation. By the time we’d finished a hugely successful five year anniversary event, our biggest fundraising event to date, I was running on empty. Albert Einstein is broadly credited with saying, “The definition of insanity is doing the same thing over and over again, but expecting different results”. I’m happy to say that May 2017 was a breakthrough month for me. The penny had finally dropped. There was no way I could manage another five years of this. If I wanted the Foundation to grow while also feeling less tired and stressed out things would have to change, and that change would have to start with me looking after myself. No one else was going to do it. No one else was going to insist I didn’t work weekends. They weren’t going to book time off for me, make sure I ate properly, exercised regularly, or had better quality sleep. The only person who could do that was me.

This has probably been my biggest lesson so far and it’s one that I’m still learning. At the risk of sounding totally woo-woo, looking after yourself is a daily practice and I don’t get it right all the time. But I guess I’m more aware of it than ever before. I stopped drinking over a year ago which was something I’d been thinking about for a long time. As a result I’ve learned I have introvert qualities, which means I need quite a lot of time on my own to recharge my batteries and process my workload. I now have to consciously choose to take days off, rather than just wake up on a Saturday morning too hungover to move. I also get a lot more good quality sleep and am much more aware of my energy levels.

I stopped using my social media accounts towards the end of last year. This has led to me to engaging in activities that help keep me balanced rather than being distracted by internet black holes that will only ever leave me with a headache and not much else. My phone is off or on silent a lot of the time, which helps keep me focused and present. I meditate and exercise pretty much daily and I’m more conscious of what I eat. All of this has meant that I’ve avoided reaching burnout for over a year now. Looking after yourself takes effort, but it’s worth it and will pay dividends in the long run. Last year we doubled our turnover and it looks like we may hit six figures this year for the first time. Our reach has been greater than ever before and I’m super excited about the future for the Abram Wilson Foundation.

All five lessons have been invaluable. I’m still learning from them and probably will for the rest of my life. I hope you’ve found one or two useful. If you have or have your own lessons you’d like to share then find us on Facebook and Twitter and let us know what you think.

Finally, to everyone who caught me and continues to catch me, you’re the best. Thank you.