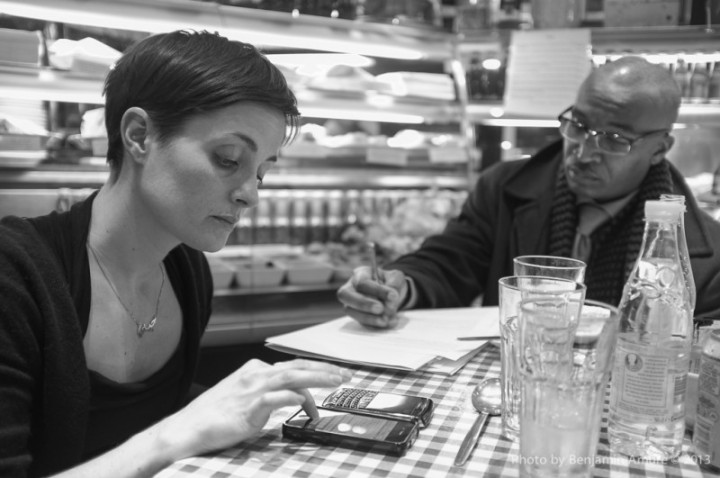 BlogAug 30 2013Comments Off on BIRTHDAYS – JUST ANOTHER DAY

Today would have been Abram’s 40th birthday.  I can imagine what he would be doing if he were here, he’d have already been up for at least five hours (it’s nearly 8:30am).  He’d have gone for a run, gone to the gym to lift some weights, come home, showered, used up all the towels, made a BIG bowl of muesli with soya milk and woken me up about an hour ago with the sound of his trumpet.  And he’d have probably stayed like that for the next six hours practicing.  He wouldn’t want to talk, wouldn’t want to do anything different, in fact, today of all days he’d probably want to work even harder than usual. Abram was the most serious of serious men when it came to his birthday, trying to get a smile out of him was a bit like squeezing blood from a stone.  Birthdays were not for celebrating, they were for getting real.

Part of me likes to think that maybe by the time we’d gotten round to this particular birthday, he would have felt confident that he was on the right track, that he could relax a little and feel good about what he’d achieved in his 40 years.  As it happens, he reached just shy of 39.  When he looked back on his life I know he felt proud, I know this because he said as much the day before he died, when we were married.  His final words to those who were there that day, before the cancer really took over, were that he was proud of me, his family and his band.  That he was proud of everything he’d achieved. A few days earlier he’d turned to me quietly and said “Jennie, imagine if we’d had more time, we’d have killed it”.  He knew that there was more for him to do, but he’d run out of time and had accepted that.  Instead he focused on what he had done with his life, and he was proud.

In honour of Abram, and his 40th year I’m just going to keep doing what I’m doing.  I’m going to remember how much he loved me and how much he believed in me and I’m going to make sure I build something wonderful in his memory.  It won’t be easy, but it never is and nor should it be.  There will be many hurdles along the way, I have encountered a few already and there are plenty more where they came from.  But it’s the difficult times that help us learn our most valuable lessons, it’s what keeps us on the right path.

Happy Birthday, Abram.  I know you hated your birthday, but I’m going to say it anyway.  Now back to work.