Home Blog BINKER & MOSES: ODE TO THE POWER OF TWO 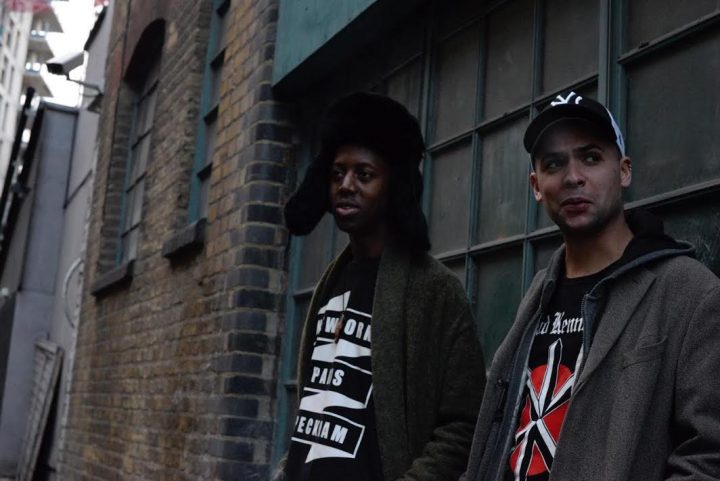 BINKER & MOSES: ODE TO THE POWER OF TWO

BlogAug 23 2016Comments Off on BINKER & MOSES: ODE TO THE POWER OF TWO

Our new trustee Fred Bolza has written a little blog on how Binker & Moses are moving the London jazz scene forward. Check it out below.

There is a well known saying amongst Londoners stoically going about their daily business in the sprawling metropolis: “You wait ages for a bus and then two come along at once.”

It seems to me that this phrase can just as easily be adapted to describe how it feels to be a long standing jazz fan in the city waiting expectantly for some young blood to arrive and move the music forward.

Well I am glad to say that despite the wait, two have indeed come along at once. And they go by the names of Binker (Golding) and Moses (Boyd) respectively as well as collectively.

I came into contact with them thanks to my lovely friends at Gearbox who gave me a copy of their first LP Dem Ones. My first thought – judging from the cover – was that this record might be a youthful jazz take on the gritty grime of urban London. But as soon as the needle hit the groove I realized that it was so much more.

What I heard was a deep, telepathic, churning dialogue between a testifying tenor and a shifting polyrhythmic drummer – at once utterly of the moment yet simultaneously part of the great ebb and flow of jazz music through time. The music coming out of the speakers was both rooted in the tradition as well as extending and pushing it out into new directions. And all that with the undeniable sound of London somehow encased in it. I was hooked.

The next encounter was another London bus moment: two gigs on two successive nights.

The first was a Church of Sound concert featuring our dynamic duo transformed into a quintet led by Moses masterfully paying homage to Art Blakey’s songbook as well as their own. It goes without saying that tackling a legend of that stature is no mean feat but judging from the energy emanating from the altar and the exuberant dancing in the pews the jazz message was delivered land received loud and clear!

The next night they were back down to their molecular line up, playing an intimate set in the round at Foyle’s on Charing Cross. There they delivered a tightly focused session revisiting some of their back pages as well as teasing some new material. The fact you could have heard a pin drop again showed the level of mastery and soulfulness delivered with their perfectly poised combination of muscle and lyricism.

There has been much talk in some circles about the “return” of jazz. While it is undoubtedly enjoying a resurgence, thanks in large part to some high profile stateside hip hop props, arguably it never went away in the first place. To extend the transport metaphor perhaps it just went underground for a while.

Indeed, despite their relative youth these two have been on the scene for some time now – working with Abram Wilson, Gary Crosby’s Tomorrow’s Warriors and Zara McFarlane’s band to name a few as well as an emerging homegrown crop of young lions and lionesses – which just goes to show how much was (and is) happening here in the UK regardless of any journalistic hype.

So now is the chance to see what all the fuss is about. Go check them out live at any available opportunity for instance this Thursday at Kansas Smitty’s as well as throughout the autumn as they tour as support of the Bad Plus. And keep your ears peeled for their second (there’s that number 2 again) album.