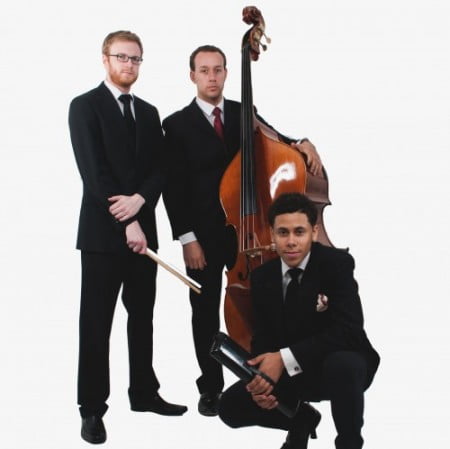 The last time I posted a proper update I was recalling a tremendous gig in Oxford by Abram’s rhythm section, who after a standing ovation at this year’s Cheltenham Jazz Festival are increasingly becoming known as the Reuben James Trio. Since then I have been busying myself with a new website (which I hope you like), my new trustees, a tour in November and the Philippa Project (more on all of this at a later date).

But first things first.  We are now coming up to a year since Abram passed away, or the home straight as I like to call it.  Earlier this year, I was thinking about how I could mark the anniversary of Abram’s death publicly.  I soon came upon the idea of a performance in Birmingham, where Abram discovered his future pianist, the then 17-year old Reuben James during a workshop he was leading, organised by promoters Jazzlines.  In addition to teaching Reuben, Abram also made a huge contribution to the overall jazz scene in Birmingham as well as Town Hall & Symphony Hall’s inspiring music education programme, Generation Ladywood (check out the first video on the right of the website to see how Abram was involved in this project).

When Abram first met Reuben, he would talk about how he set the piano on fire, and boy has he come a long way since then; described as “fast becoming Britain’s best young jazz pianist” by The Times, “mature beyond his years” by The Financial Times and “a star in the making” by Jazzman.  Not bad for someone who has only just turned 20 years old.  Of course, it helps if you have rock solid musicians who allow you to shine.  The double bass and drums may not be as pretty or sexy as the piano but Alex Davis and Dave Hamblett undoubtedly help to take the music to another level.  It’s why The Financial Times called them “a stand out young rhythm section”.

On Tuesday 4th June at 5pm in the Foyer of Symphony Hall, Birmingham this exciting trio will remember Abram in the best way they know how – through jazz music.  They’ll be playing a selection of Abram’s compositions which they’ve arranged especially for the trio.  And they’ll also be performing some new tunes, because Abram lives on, not just through his music, but through the music of those he taught and mentored.

That is his legacy.

I hope to see some of you there.