Home Blog ASHLEY HENRY: A Q&A WITH ONE OF THE RISING STARS OF THE UK JAZZ SCENE 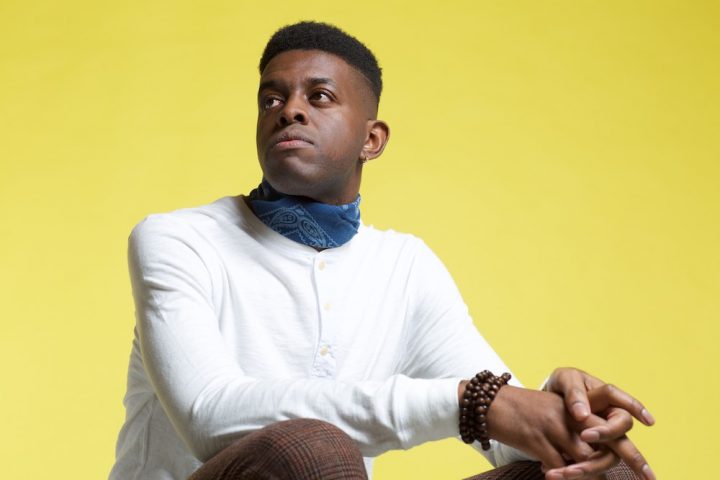 ASHLEY HENRY: A Q&A WITH ONE OF THE RISING STARS OF THE UK JAZZ SCENE

BlogApr 24 2017Comments Off on ASHLEY HENRY: A Q&A WITH ONE OF THE RISING STARS OF THE UK JAZZ SCENE

Ashley Henry is one of a new generation of musicians that have been raised with a wide range of influences, from such luminaries as Rebello, Kirkland, Glasper, Moran, Madlib and Dilla, yet also steeped in the traditional sounds of masters like Hancock and Monk. At only 25, Ashley plays the piano with a beauty and sensitivity that usually comes from a lifetime immersed in jazz and this has been picked up on by other musicians. He has already toured the UK and internationally alongside many bands and ensembles, appearing in renowned venues such as Ronnie Scott’s, The Jazz Cafe and the Royal Albert Hall.

AWF: Tell us a little bit about yourself and your journey to becoming a professional musician

I was born and raised in South East London (Crystal Palace). I grew up in a very musical family so I started taking classical piano lessons from around age six…I had a really good teacher near where I lived and he pushed me and put me forward to a lot of competitions, I didn’t realise at the time that he was getting me used to playing in front of people. During my early teens I started to work out songs that I liked by ear and play along to pop tunes etc. I didn’t get into jazz till a lot later.

In 2011 I was offered a place at Leeds College of Music where I already had some friends who were studying there. I’d gone to stay with them during school and I’d wanted to go there ever since. As well as the music side of things I feel that I learnt so much..like living away from London and being somewhere new. And the uni life there is just ridiculous! Great music scene too! So during that time I just got stuck in, did loads of playing with other musicians and there were always really good gigs and master classes to check out. I had the privilege of studying with Les Chisnall the whole time I was there. So many great pianists have come through Les, like Gwilym Simcock, and John Escreet.

I graduated from Leeds with the Yamaha Jazz scholarship and moved back to London straight away to do my postgrad at the Royal Academy of Music. I wasn’t on the scene before I started college so I was pretty much a new face to a lot of people. Once back in London things started to happen really quickly and I found myself playing and gigging a lot with older and more established musicians whilst doing my postgrad, which was hard work but worth it.

AWF: We’re working to improve access to arts in schools, what were your experiences of this growing up?

When I was growing up, the music education was pretty good. I went to secondary school in Croydon (Shirley High) and when I started they’d just won an arts grant to build a brand new music department where I spent most my time in to be honest. The head of music was really encouraging and was the one that first told me to check out the BRIT School. I ended up auditioning and got a place there. BRIT provided a lot of opportunity and I believe is the only free performing arts school doing what it’s doing, and I’m so grateful to have had that opportunity. But at the time there were only a few places available so I’m glad that there are organisations such as AWF looking to improve arts in schools.

AWF: Are there any musicians or artists who have helped to inspire you along the way?

That’s a funny story because one of the first jazz records I REALLY got into was Make It Real by Jason Rebello. A friend of mine put me onto it, that’s when I decided I wanted to be a jazz musician. I then found out that my friend who was in my class at the BRIT School happened to be his niece, from then on I was on her case for her to put me in touch with him. Eventually, she and her family invited me down to a show he was doing at Ronnie Scott’s. I got to meet Jason and then managed to arrange a few lessons from him before I moved to Leeds. He was so encouraging and gave me the time of day when he didn’t have to. His gig was also one of my first experiences of Ronnie’s, crazy to think that a few years after that I’d be playing there regularly. When I was at Leeds, my piano teacher, Les Chisnall and the rest of the jazz faculty helped me out so much and really transformed my playing.

My advice is to get playing with as many different musicians as you can. Playing out of your comfort zone teaches you a lot about your playing and just makes you an all round better musician. And listen to as much music as you can, absorb from the musicians/composers that inspire you. Don’t try and sound like how others want you to sound, follow your own path.

AWF: What are you working on at the moment?

At the moment I’m working on my next record. It’s completely different to my last one, for a start there are more musicians involved. It features some incredible artists such as Anthony Joseph, Luke Flowers, Moses Boyd, Jean Toussaint to name a few… We finished the recording process in January and we’re now getting it all mastered and looking to release it later on this year.

AWF: Finally, what are your 3 recommended tracks from other artists that you rate?

The Coronation of X by Christian Scott

The Backward Step by Nicholas Payton

Come see Ashley perform as part of the Rachael Cohen Quartet on 11th May at Bush Hall. You can purchase tickets for our fifth anniversary celebrations HERE.