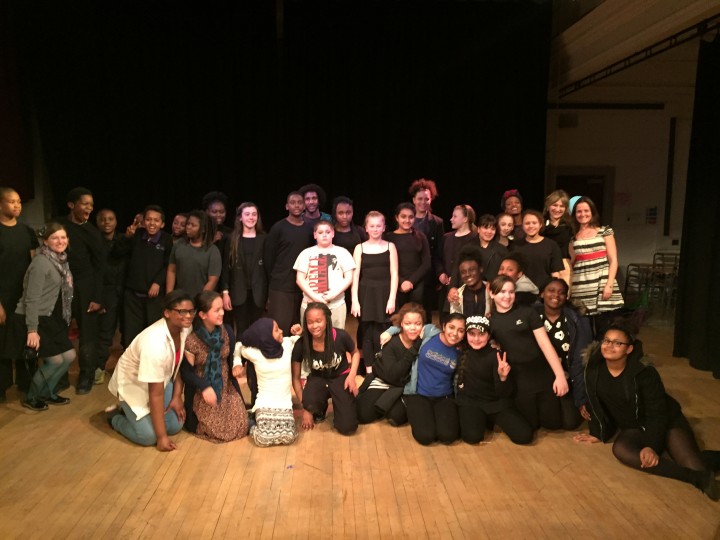 BlogApr 23 2015Comments Off on ACHIEVE YOUR GREATNESS HIGHLIGHTS

Between January and February 2015 we successfully realised our first Achieve Your Greatness pilot schools project in two secondary schools in the borough of Greenwich.

It was aimed at 40 young people between 11 – 13 years with a special focus on children who have been identified as lacking in confidence, suffering from bullying, experiencing difficulty fitting in, at risk of disengagement or receiving little support at home.

We delivered two workshops per week for six weeks at Plumstead Manor and at Corelli College we delivered the project over three days during half-term. Over the course of the project, the participants devised the beginnings of a new performance piece inspired by the life of Philippa Schuyler and the music of Abram Wilson.

The workshops culminated in a sharing of work on 27th February 2015 to an invited audience of family and friends.

The workshops were led by two workshop practitioners and involved four visiting artists specialising in a range of disciplines, including the director and writer of The Philippa Project, Pia Furtado who said:

“I haven’t witnessed this type of project before and that’s why this is exciting to me. This is what I wish our education system had time to do – to ask young people, who are you and how can you be great?”

The project was tracked from start to finish with a dedicated Tumblr page – http://achieveyourgreatness.tumblr.com/

A big thanks to all those who took part, the Big Lottery Fund and the Garfield Weston Foundation for their support, and a special thanks to Remy Archer for making yet another fantastic film!