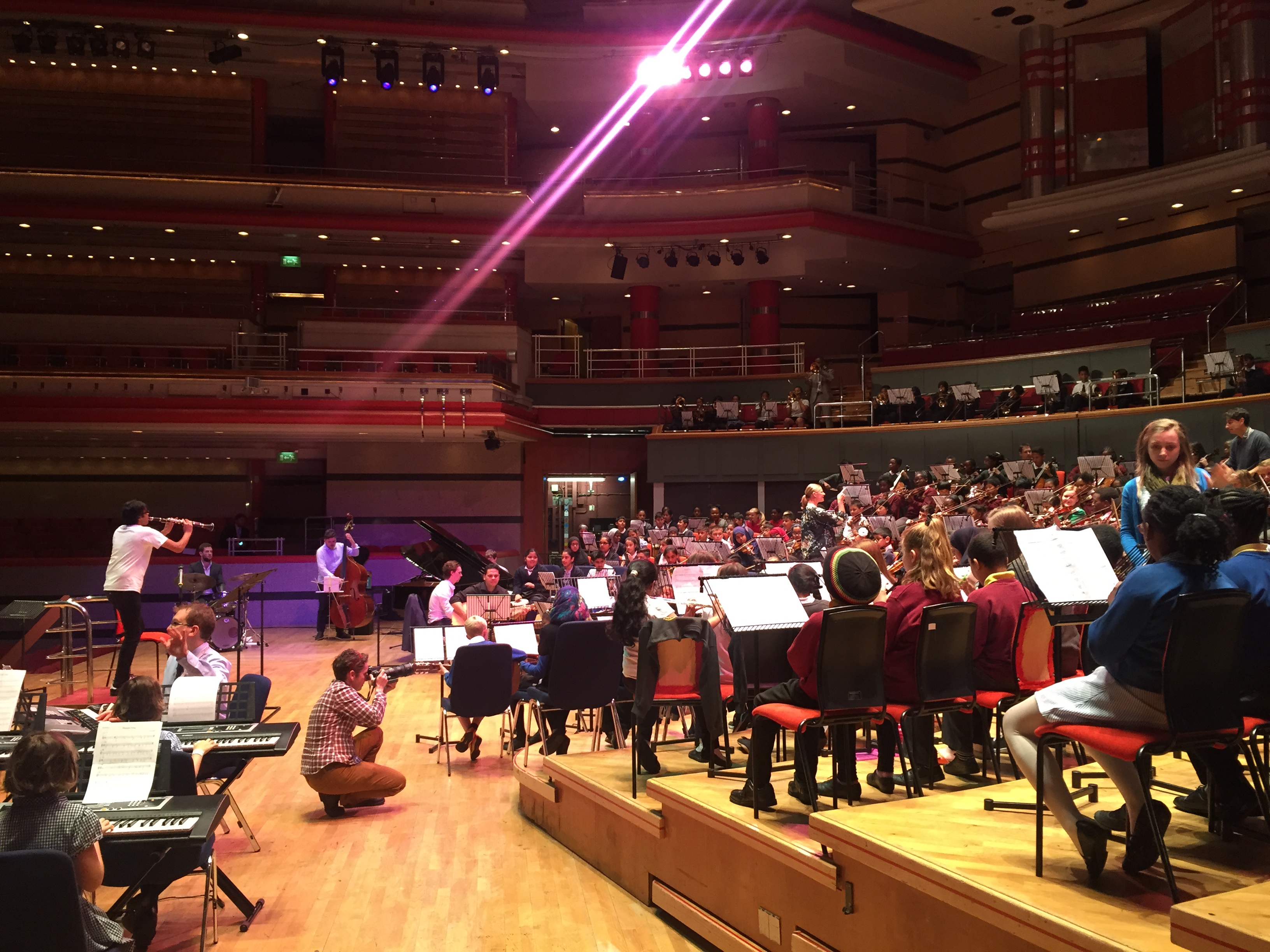 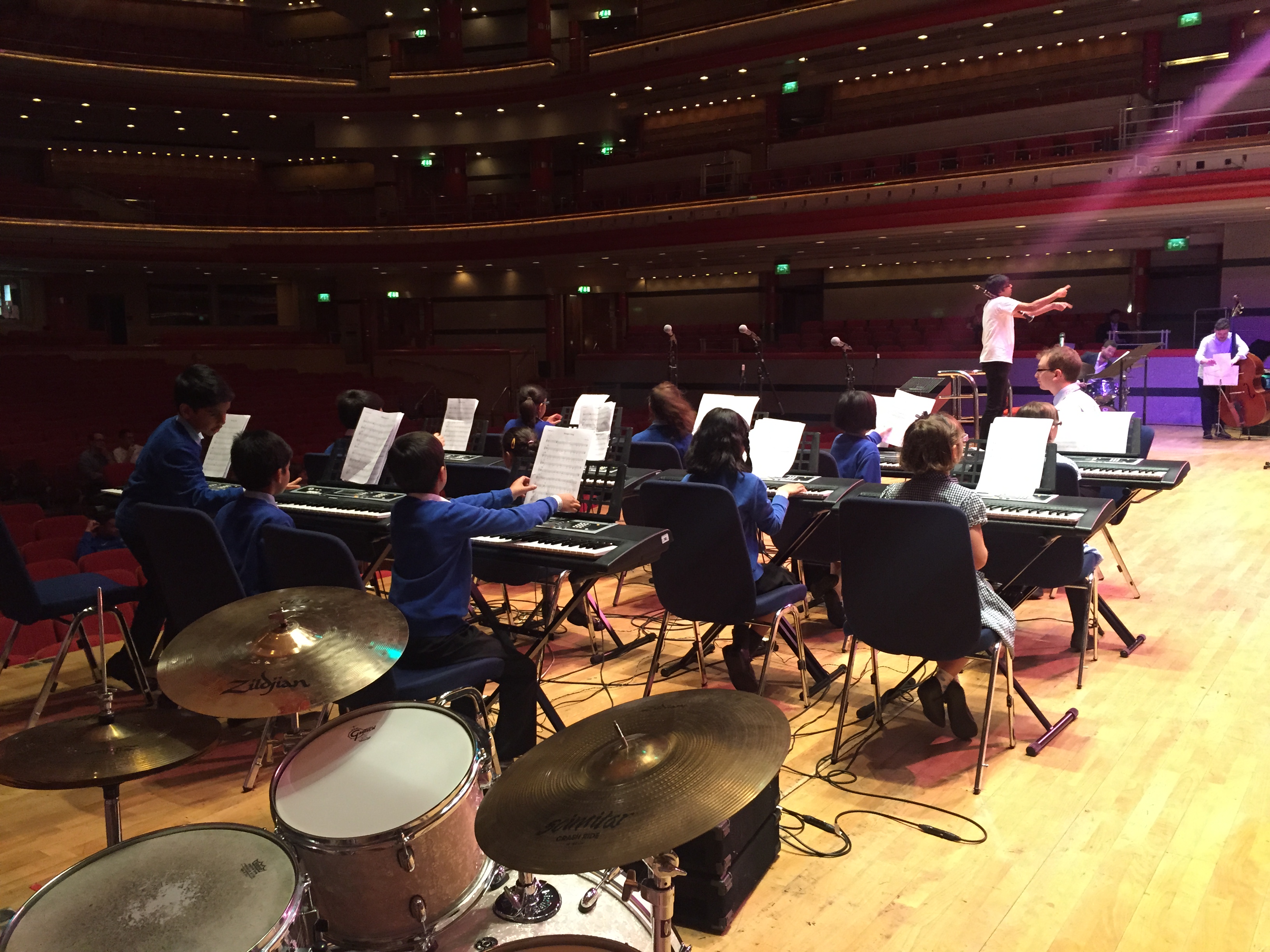 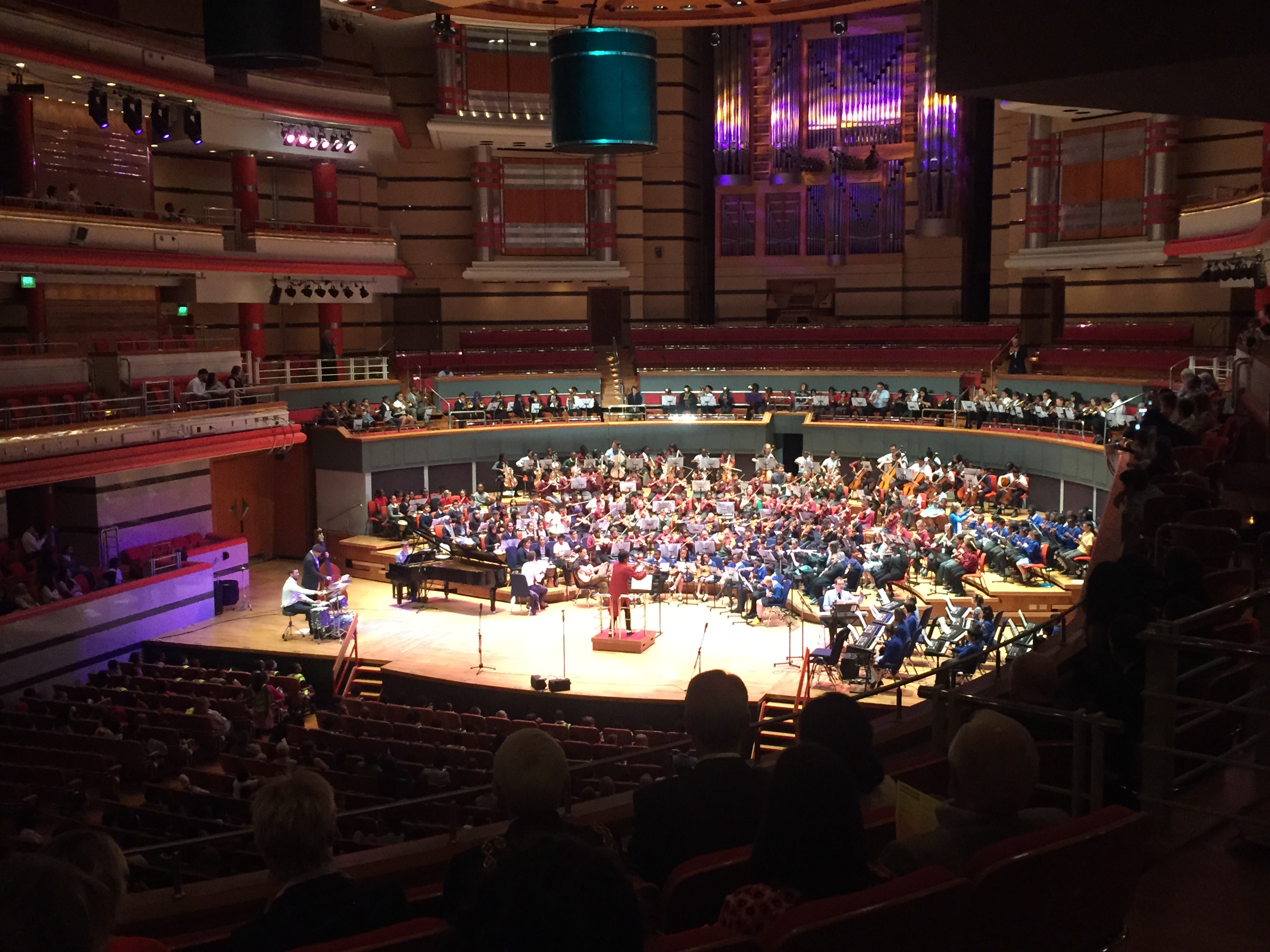 Today is three years since Abram passed and I have been doing a fair amount to mark it. One of the more recent events was a showcase on 4th June at Birmingham Symphony Hall for their ongoing music education project, Generation Ladywood.

Abram was involved in the first phase of Generation Ladywood back in 2012. He was commissioned to write a seven-note piece for 250 budding jazz musicians, all at primary school, all learning a musical instrument for the first time. At the end of the project they were due to perform their piece, Time I Met The Blues at Symphony Hall to a +1,000 strong audience of school children from the area of Ladywood, one of the most deprived in the UK.

Unfortunately Abram couldn’t be there to lead the jazz elective because he’d had to go into hospital. On 9th June, a few days after the performance Abram very sadly passed away.

The following year the people at Symphony Hall and their sponsors, Service Birmingham decided they wanted to give out an award in Abram’s memory at the next Generation Ladywood showcase.

The award would go to a pupil in each school from the jazz elective who had showed the most commitment and dedication during the year and the prize would be their very own instrument.

They asked me what I’d like to call it and I said the Abram Wilson No Fear Award, because ‘No Fear’ was something Abram always used to get his students to call out if they were feeling a bit scared about playing jazz, especially when he was encouraging them to improvise.

‘No Fear’ was also the mantra by which Abram lived.

When he was about 28 years old his free spirit led him on an adventure to London. However, as is often the way with travelling artists he ran out of money after about a month and made the decision to travel back home to the States.

He spent his last pounds on an all you can buffet and a train fare to the airport. Not only did he arrive at London Heathrow with food poisoning, he soon realised that his return ticket had expired.

So there he sat, penniless, ill, alone, and with no way out.

And then an elderly couple came and joined him. I always imagine that Abram, despite not wanting to talk to anyone in that precise moment, could not have helped himself.

His charming Southern ways would have taken over and he would have started a conversation with them, who in turn would have enquired after the strange black thing slung over his shoulder.

“Oh, this? It’s my trumpet” he would have replied. “I’m a jazz musician, from New Orleans.”

“Do you have any CDs?” they would have asked.

“Yes, I do.” and Abram would have taken out an album that he recorded with his band in New York, and he would have told them how killing the musicians were. His eyes would have lit up and a smile would have crept across his face getting brighter and brighter the more he recalled that feeling of leading his band and playing his own music.

Little did he know that this moment was about to change everything.

“How much are they?” the couple asked.

Suddenly, just like that, Abram had a way back into London. And a new chapter began.

Abram didn’t walk away from fear, he owned it. He said, ‘Yes, I feel scared about leaving everything I know and getting on a plane to London. But I’m going to say No to Fear and do it anyway.’

He thought, ‘Yeah, I feel scared right now, sat here by myself with no money in a foreign country, but I’m going to say No to Fear, and talk to these people anyway, because that’s who I am, and you never know where that might lead you.’

The moral of this story and the inspiration for the Abram Wilson No Fear Award is to be yourself. Seek out your passions. Discover your greatness. You will feel scared along the way, but feel the fear and do it anyway.

Death teaches us so many lessons about life; how to love others, how to be open and honest, how to believe in magic. But Abram didn’t need to learn any of these things, he was already there, living his life freely, being true to himself and inspiring others to do the same. That is his legacy and one that the Abram Wilson Foundation intends to continue.

It was an amazing day and such a privilege to be part of it. A big thank you to the Education and Community team at Symphony Hall and Service Birmingham for making these awards possible and thank you to Arun Ghosh for his awesome work with the jazz electives this year.