Home Blog ABRAM WILSON FOUNDATION TOUR – WE DID IT! 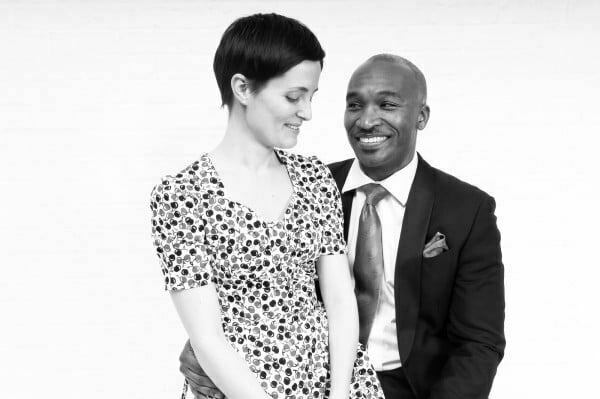 ABRAM WILSON FOUNDATION TOUR – WE DID IT!

BlogDec 08 2013Comments Off on ABRAM WILSON FOUNDATION TOUR – WE DID IT!

Today is 8th December. It’s 18 months since Abram and I got married, and tomorrow it will be 18 months since he died. When Abram passed I knew I had to keep going, I felt like I owed it to both of us to continue what we had started together, in whatever form seemed right.  That turned out to be a foundation, a creative consultant, a roundtable discussion with some brilliant minds about the future of the Abram Wilson Foundation, former bandmates brought together from here and the States for a 10 date tour and a tribute gig celebrating Abram’s music, and finally the successful search for a composer to enable us to finish one of Abram’s last projects, the Philippa Project.

The tour has obviously been one of my biggest focuses this year and after 11 gigs over five weeks, 2660 miles, two cars, 24 hotel rooms, seven rehearsal sessions, over 20 previews, a mention on Jamie Cullum’s radio show, a couple of reviews, around 2,500 delighted audience members, a standing ovation, 15 blog posts, one film crew, a double bass, three drum kits, nine pianos, the occasional keyboard, one alto saxophone, two tenor saxophones, one soprano saxophone, one trombone, three Americans musicians, eight British musicians, an excellent lighting designer, some stunning photography, two workshops, one Durham County Youth Big Band, three new arrangements, three return flights from the States, two EFG London Jazz Festival invitations stamped by the Home Office, one Certificate of Sponsorship, two mums, an aunty and an uncle, one dad, three trustees, a memorable Little Chef breakfast, minimal sleep, a few wrong turns, jaffa cakes and custard creams, several cans of red bull, A LOT of red wine,  and an immense amount of love and support from some wonderful people, WE DID IT!

Everything I envisaged earlier this year came true and it was better than I could have imagined.  It was uplifting and beautiful, it was magical and enriching, it was healing.  After Abram died, one of the hardest things I had to go through was picking myself up and starting again.  I had lost my team mate, the person I could turn to to talk through ideas, discuss problems and ask for help.  I had to figure out another way to make things happen without him and find new people to lean on.

Muhammad Ali once said, “We can’t be brave without fear”.  He was right.  The late, great Nelson Mandela said something similar, “I learned that courage was not the absence of fear, but the triumph over it. The brave man is not he who does not feel afraid, but he who conquers that fear”.  He was right.  And finally my husband and his war cry to the children he would teach, “No fear!”.  I had to face my fears.  As I did, I slowly began to grow in confidence, I began to realise that I wasn’t alone, that there were people who believed in what I was trying to do and had faith that I could do it.  Not only that, they wanted to be part of it.  As I collected people along the way, I felt stronger and when I faltered they picked me up and encouraged me to keep going.  I would not be here without them.  I would not be here without you.

As I look back on the last year and a half I feel proud and I feel loved.  I know Abram would be proud too.  One of the best moments over these past few weeks was hearing Abram’s music come to life at the EFG London Jazz Festival; by the end of the gig the audience were on their feet with sheer joy.  People were coming up to me afterwards and saying, ‘if that’s jazz music, then I love jazz!’. Abram wanted his music to stand the test of time, he also wanted it to reach out to people and inspire them in the same way it inspired him.  The fact that we were able to achieve that without him being here physically was an incredible feeling.  The other great moment came at the end of the Saxophone Giants tour when I realised we’d done it.  We’d played some great music to sell out audiences across the country, we’d remembered Abram and most importantly for me we’d finished what we’d started last year.  And that felt good.

I have had the privilege to work with some wonderful artists who were committed to spreading Abram’s spirit far and wide. Their energy and humour as well as their dedication to helping me realise my vision filled me with hope and made me feel incredibly lucky to have such extraordinary people in my life.  As I plot out the next steps for the Abram Wilson Foundation I am excited about the future and the journey that will unfold.  As one very close friend put it, “It’s the end of the beginning”.  What an end, what a beginning.