We inspire, connect and open doors to the music industry so that minoritised young talent has an equal chance to realise their creative potential.

Inspired by the critically acclaimed and award-winning musician Abram Wilson, we are here to champion underrepresented and unrecognised talent.

We provide visibility, access and opportunity within an industry which is often closed to all but the most privileged. We meet young people exactly where they’re at – whether that’s at school, in the community or online – and encourage them to find their unique musical identity. And we offer practical support to emerging musicians and music professionals by sharing valuable connections and opportunities.

We take our name from Abram Wilson a renowned jazz trumpet-player from New Orleans, USA. He was as passionate about bringing through young talent, as he was about writing and playing.

Abram made London his home and forged a name for himself on the UK jazz scene. By 2012 he was at the height of his creative abilities and in the middle of a UK tour with his band when he became increasingly unwell. Abram died a few weeks later on Saturday 9th June from cancer. He was 38.

His wife and manager Jennie Cashman Wilson founded this charity in his memory. She says:

“Throughout his career, Abram touched thousands of lives with his music, workshops and projects. He was a creative spirit but he knew that building a career as a freelance musician was really tough.  Someone of his ability and stature could have played with anybody, yet time and time again he would take on much younger, less experienced musicians and mentor, educate and encourage them.  Reuben James is an example of somebody in whom Abram saw that potential and who has gone on to do some wonderful things with his career.

“When Abram  died, the kernel of an idea to somehow continue the work that we had begun together was formed.”

Almost 10 years on, that idea has grown into the Abram Wilson charity today.

Abram’s experiences have influenced how our programmes happen, as part of an exciting and thriving UK jazz scene.

And we continue to work hard to inspire a new generation of talent that is representative of the society we live in. 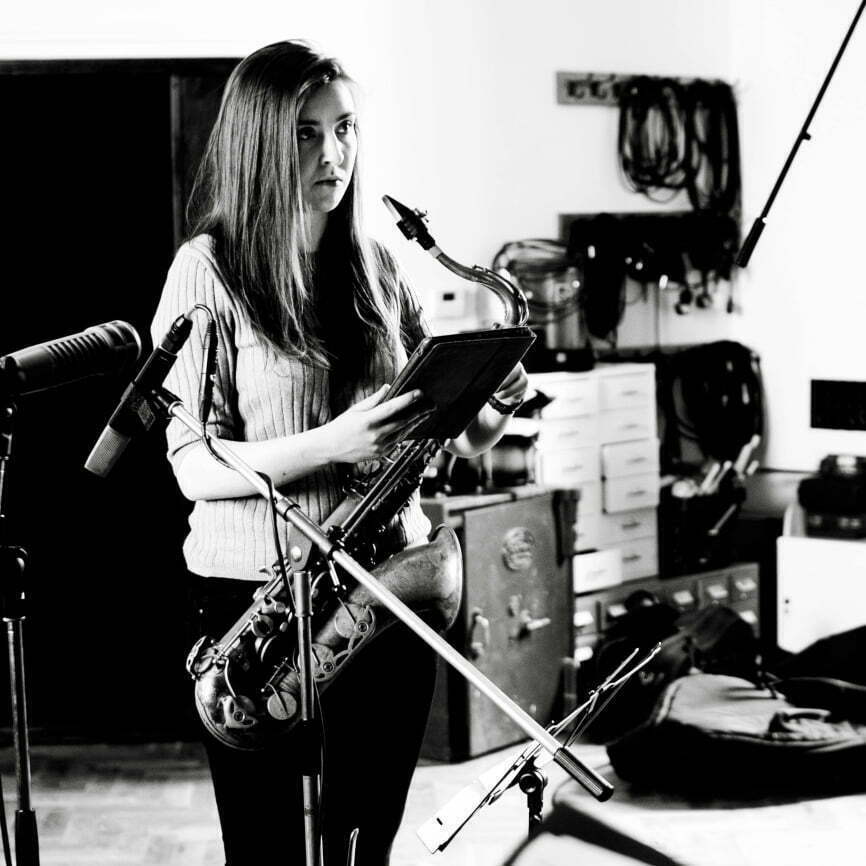 Our Career Development Programme is about supporting up-and-coming artists with coaching, mentoring and career strategy sessions. We work to understand their vision so that together we can help them build their own sustainable careers. Artists learn how to identify key milestones, multiple income streams and the right team for them. As well as regular coaching and strategy sessions, they also gain access to industry professionals and opportunities to showcase their work and develop skills as music educators. 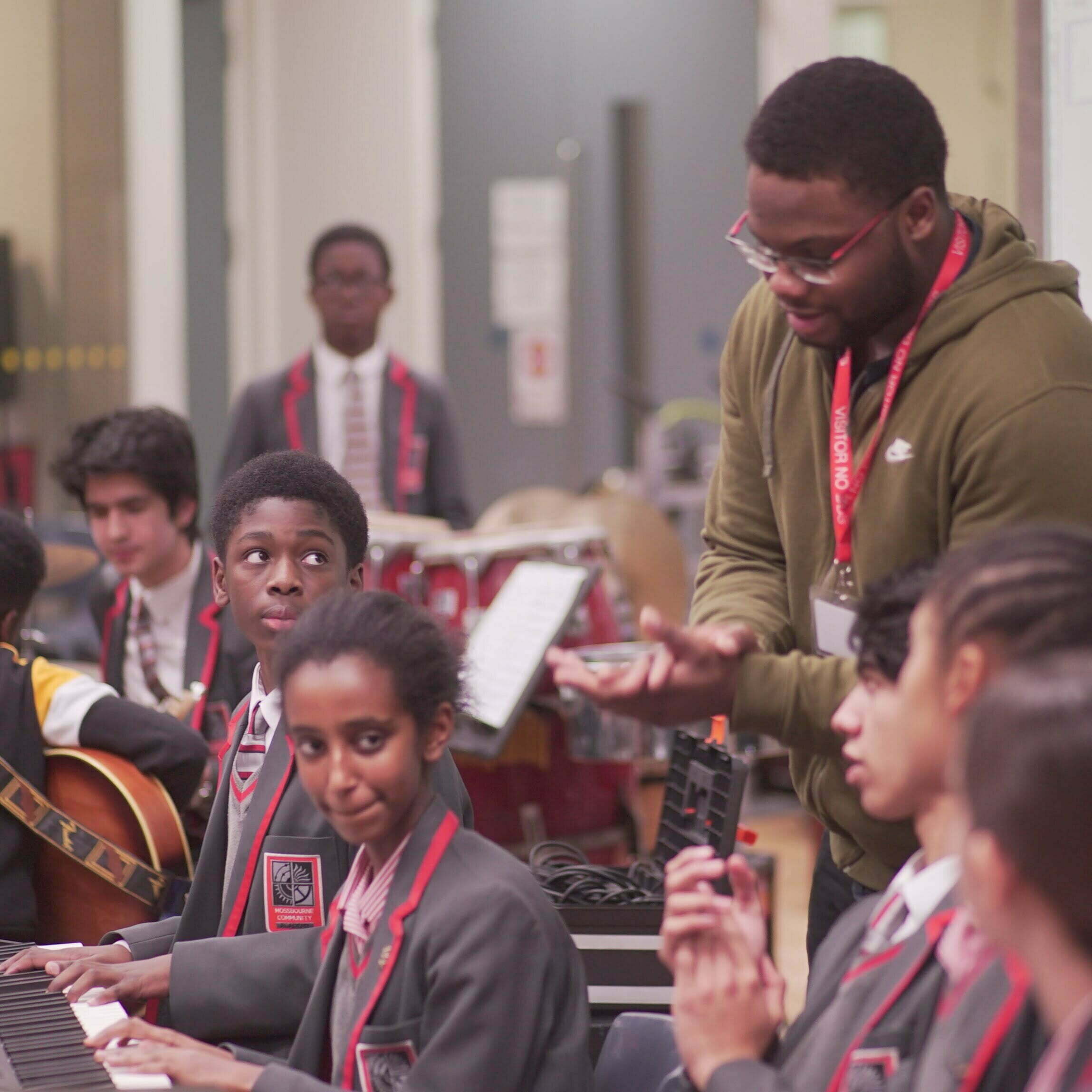 Future Sound is about connecting minoritised 11 to 18  year olds with inspiring, emerging professional jazz musicians who they can relate to and aspire to be like. But most importantly, who can show them that it’s possible to have a career in the music industry.

Career Development Programme – since 2012 we’ve worked with more than 230 artists, supporting them with more than 340 hours of career strategy coaching and helping them secure, label signings, distribution deals, album and LP launches and multiple awards nominations.

Future Sound – since 2015 more than 650 young people have taken part in more than 550 hours of music education workshops in economically disadvantaged areas of London and Birmingham.

Since 2013 we’ve reached audiences of more than 10,000 people with live performances across both programmes.

Read more about our impact here.

What people have said about us

“We should be very grateful for the work that Abram Wilson do as independent ‘promoters’ of [jazz] music. They are all about mentoring, encouraging and introducing a new generation to a new, alternative way of life – helping people see the light though music. This is reflected in the person and name of Abram Wilson – who’s raision d’etre and career was something to aspire to and you need role models to inspire the next generation.”

“It’s a real honour and privilege to be a patron of Abram Wilson. I’ve met amazing musicians, and the charity is genuinely helping people flourish and become their best selves – not just in musicianship but in confidence. It’s great to be involved with something that feels cutting edge.  They always work with artists who do incredibly interesting things and  are evolving all the time – and they are all artists I admire a great deal, so I get a sense of connection to a zeitgeist of change and innovation and excellence with musical ability.  And I feel able to tap into a more visionary version of the country we’re in.”

“ Abram Wilson really cares about young musicians and that’s the most important thing for me. I can definitely see every time I do a workshop the impact we have as a team. You know, they provide you with a family.”

“Abram Wilson is a rare thing. Artists come in, share art forms and inspire children and young people to be the best, most expressionistic version of themselves.”

“Abram Wilson has a lot of opportunities for young people to get involved with interesting musical projects, to work with artists who’ve made a career out of music and can pass on their experience and knowledge to them and also just have fun playing music. Where the music comes from is through it being shared.”

“Future Sound is just an amazing opportunity…there’s just nothing like it otherwise. It provides this extracurricular provision that is just not possible in schools and this amazing opportunity to work with young professional musicians who are really exciting and really inspirational.”

By signing up you consent to receive email marketing.You can unsubscribe anytime.