“I’m delighted to be able to announce that the Trustees of the Jerwood Charitable Foundation have agreed to support the Philippa Project with our first grant of £10,000.  The grant will go towards our next research and development period in December this year where our writer and director, Pia Furtado will have the opportunity to work with a full creative team of actors and musicians to move the Philippa Project forwards.

This grant represents a significant step forward in the development of the Philippa Project, but also of the Abram Wilson Foundation.  We have spent the last two years working on articulating the vision of the Abram Wilson Foundation and bringing together a team of highly respected industry and arts education professionals on which we rely for advice, assistance and support.  They include our Trustees, Advisory Board and Education Committee who together are enabling us to achieve our mission to help people going through a challenging or transitional period in their lives discover their greatness through creative projects.”

“Jerwood Charitable Foundation had a strong relationship with Abram Wilson during his lifetime. He was twice independently selected to take part in our funded programmes, as a Jerwood Rising Star at Cheltenham Jazz Festival and for the prestigious Take Five artist development scheme run by Serious Music. He went on to have close personal ties with the Jerwood family of organisations; he performed at the opening of the Jerwood Space’s rooftop extension and at the retirement party of our Administrative Director.

In considering the approach from the Abram Wilson Foundation for financial support, we were excited to invest in a project that had begun with Abram’s research into the life of Philippa Schuyler. We too found her story compelling and agreed that it was a rich source of material for a music theatre production, with the wonderful backbone of Abram’s own original compositions. Our grant of £10,000 will allow a strong creative team, led by composer Alphonso Home and director Pia Furtado, to further develop the script and score in November and December of this year.

Our Trustees were also keen to support Abram Wilson Foundation’s first venture as it sets out its creative vision and an ambitious set of aims to help people make transitions at crucial points in their lives. This project is a statement of intent for the quality and profile of the company’s work. Jerwood Charitable Foundation’s grant for The Philippa Project marks our close connection to Abram and moreover we were delighted to make this award which so directly corresponds with our charitable priorities.

We commend the Abram Wilson Foundation…both for the integrity of its creative processes and for its potential to engage and inspire audiences.” 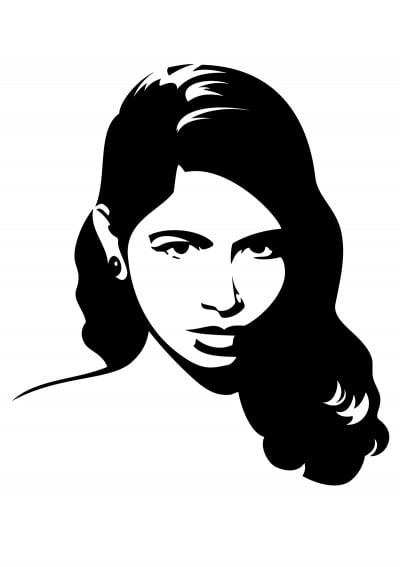 About the Philippa Project

The Philippa Project was initiated by Abram Wilson in 2011 and is inspired by the true-life story of Philippa Schuyler and Kathryn Talalay’s book Composition in Black and White. Philippa was a mixed race classical piano prodigy, born in Harlem in 1931 who traveled the world as a concert pianist, composer and writer until her life was cut tragically short in Vietnam in 1967.

Before Abram passed away, he composed and toured music inspired by different stages of Philippa’s life and had begun work on a jazz-theatre production with award winning multi-disciplinary director, Pia Furtado, funded by Arts Council England.

With the support of the Jerwood Foundation we are moving towards creating a suspense-driven live-jazz theatrical event which sets out to unravel some of the truths about Philippa’s extraordinary life.  It will combine the joie de vivre and playful improvisation of a jazz gig with music by Abram Wilson and verbatim text drawn from Philippa’s archival materials.

We will deliver our first R&D session in December 2014.

Pia Furtado is an award winning-multidisciplinary London-based freelance director and founder of The Theory of Everything who began working on the Philippa Project with Abram in 2011.  She works across theatrical disciplines specialising in new work, Shakespeare, verse, dramaturgy and forms that involve music. She has received critical acclaim for a range of productions including Dirty Great Love Story which was the winner of a Fringe First Award in 2012; Werther, Scottish Opera, 2013; Susanna, Iford Arts Opera, 2012; L’Elisir D’Amore, Holland Park Opera, 2013; Acis & Galatea, Iford Arts Festival in 2013; Nicked, Hightide Festival, 2011; and Cautionary Tales, Opera North Education in 2011.

JCF is dedicated to imaginative and responsible funding of the arts, with a particular focus on supporting emerging talent and excellence. They aim for their funding to allow artists and arts organisations to thrive; to continue to develop their skills, imagination and creativity with integrity. They proactively seek and initiate projects with outstanding organisations and individuals across the UK.